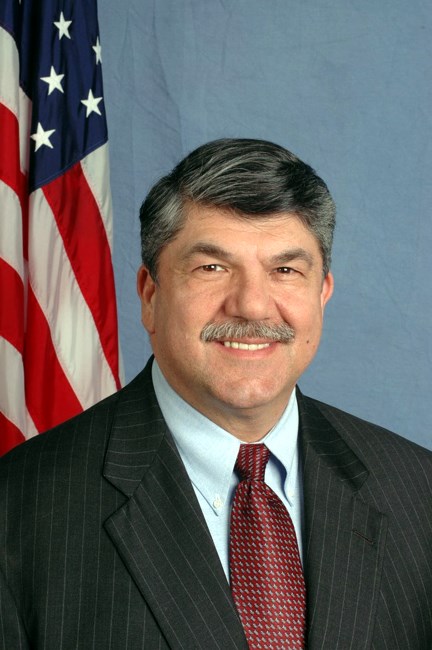 Richard Louis Trumka, 72, died on Thursday, August 5th, 2021. Rich, born on July 24, 1949 in Nemacolin, Pennsylvania, was a beloved son, father, grandfather, husband, friend, colleague, and leader. As the president of the AFL-CIO, Rich approached each day with a fierce passion to fight for others. When taking respite, he could be found in the great outdoors hunting, fishing, or camping with his family or with fellow members of the Union Sportsman Alliance. Rich helped usher a new generation of leaders through his service on the boards of the National Labor College, The AFL-CIO’s Solidarity Center, and The Leadership Conference on Civil and Human Rights, and many other groups. He also sat on the boards of the Economic Policy Institute and the Housing Investment Trust, and served as President Emeritus of the United Mine Workers. Rich was preceded in death by his parents Frank and Eola (Bertugli) Trumka, his nephew Bryan Szallar, great nephew Bronson Szallar, his in-laws John and Katherine Vidovich, and brothers-in-laws John Vidovich and David Vidovich. Rich is survived by his wife Barbara, son and daughter-in-law, Rich Trumka Jr. (Jessica) of Olney, MD, sister and brother-in-law Francis Szallar (Alex) of McKees Rocks, his brother-in-law, Daniel Vidovich of Gates, his sisters-in-law Nella and Nancy, his three grandchildren Trey and Taylor Trumka and Ki Vidovich, and left to treasure his memory are his nieces and nephews, and his many other cousins. Friends and family will be received on Tuesday, August 10th from 6 to 8 pm, and on Wednesday, August 11th from 2 to 8 pm in the Behm Funeral Home, 1477 Jefferson Road, Jefferson, PA 15344, Gregory P. Rohanna, supervisor. On Thursday, August 12, 2021 at 11:00 am in the Jefferson-Morgan Middle/High School, 1351 Jefferson Road, Jefferson, PA 15344, there will be a public screening of the private memorial mass. Also a livestream of the mass can be viewed at: www.behm-funeralhomes.com or the AFL-CIO website: www.aflcio.org. In addition Mr. Trumka will lie in repose on Saturday, August 14, 2021 from 10:00 AM to 3:00 PM at the AFL-CIO Headquarters in Washington, DC, 815 16th Street, N.W., Washington, D.C. 20006. In the following weeks, a larger memorial service (details to be announced) will be held in the Washington, DC area. Masks will be required, and social distancing will be observed at all events. In lieu of flowers, please consider a donation to Penn State’s Scholarship Fund, which was started in Richard’s memory. The memo should reference: ‘Trumka Family Trustee Scholarship/ SCBTK’. The donation can be mailed to: Penn State Donor and Member Services, 2583 Gateway Drive, Suite 130, Bristol Place One, State College, PA 16801
See more See Less

In Memory Of Richard L. Trumka