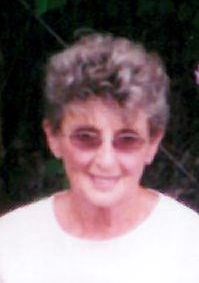 Shelva Jean Clutter, 83 of Waynesburg died, Tuesday, January 18, 2022 at Evergreen Assisted Living. She was born April 23, 1938 in Waynesburg, a daughter of the late Joel N. and Madeline Knotts Scott. Jean worked as a clothing worker at Greenway Manufacturing, where she had retired. She enjoyed walking her dogs and tending to her garden and flowers. On December 3, 1960 she married Stoy F. Clutter, who died September 18, 2009. Surviving is a daughter Carol (Jeff) Kerr of Waynesburg; two grandchildren, Greg Kerr and Shayna Kerr; a sister, Elizabeth Kurincak of Carmichaels and a brother, Elbert Scott of Mesa, AZ. Private arrangements are entrusted to the Behm Funeral Home, 1477 Jefferson Rd., Jefferson, PA 15344, Gregory P. Rohanna, supervisor. Condolences may be expressed online at www.behm-funeralhomes.com.
See more See Less

In Memory Of Shelva Jean Clutter