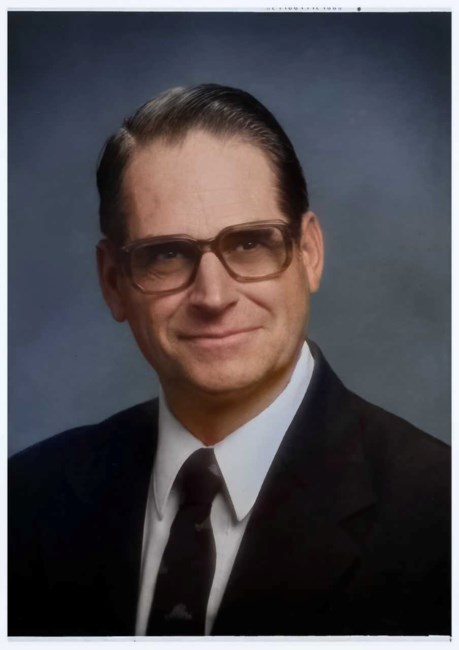 We are saddened to announce that Harry Bradford Bissell Jr. passed away peacefully August 5, 2022 in Palm City, FL at the age of 99. He had a truly long and wonderful life that began December 5, 1922 in Manchester, Connecticut as the son of Erna and Harry Bradford Bissell Sr.. Harry Jr. enjoyed his early summers catching crabs at Point ‘O’ Woods Connecticut which may explain his consistent love of the sea throughout his life. Harry attended Bordentown Military Academy in Bordentown NJ and headed to Dartmouth College in 1941 (proud member of the Class of 1945) but soon joined the Army and served in Germany in counterintelligence at the end of World War II. During his Army training at Oregon State, he met his first love Mary Clare Petersen whom he later married September 17, 1946 in Portland, OR. After he completed his graduate degree at Tuck School of Business at Dartmouth College in 1948, he began working in his parent’s Bordentown restaurant, one of the very first Howard Johnson’s franchises in the U.S., and soon started his own family. A few years later, Harry and Mary Clare with daughter Susan moved to Delaware where Harry gradually opened 6 Howard Johnson’s restaurants, 2 motels, and later 4 specialty restaurants in Maryland and Delaware. Two more daughters were added to the family. The restaurant business was clearly the epitome of Harry’s life and, as he once said, “building these businesses was my proudest accomplishment”, and restaurants contributed to some of the happiest years of his life. Harry was a generous loving husband and he and Mary Clare greatly enjoyed golfing, skiing, traveling, and sailing with friends whenever possible. He was a proud father who attended his kids events but also ensured they spent their college years working in the restaurant business. Harry was a notable and charismatic community leader and held positions in local organizations including Wilmington Chamber of Commerce, Y.M.C.A., Wilmington Rotary Club, Delaware Red Cross, Delaware Travel Council, and Widener College. After retiring to Stuart, FL in the 1980s and 1990s, he continued his community work within the Mariner Sands Community and Chapel and served on the board of the Palm Beach Symphony. After the death of Mary Clare in 1991, Harry found love a second time with long-time neighbor and family friend, Marie Ferris. They married on February 8, 1992 in Bradenton, FL. They shared a deep love for each other for over the next 30 years. Harry’s eyes would always light up whenever Marie entered a room. He was fond of reaching out to a passing person and saying “Now, isn’t she just beautiful?”. One of Harry and Marie’s favorite places was Blue Hill, ME, where they lived for 4 months each summer, often accompanied by their beloved granddog, Phoebe and numerous family members. They were active members of St. Francis by the Sea Episcopal Church and the Kolledgewidgewok Yacht club. Harry and Marie spent the last decade together at Sandhill Cove Retirement Community playing croquet and enjoying seafood in Palm City, FL. Harry received a great deal of support from a dedicated team of caregivers in recent years, and more recently, Treasure Coast Hospice, for which the family is very grateful. Harry is survived by his wife, Marie Bissell, daughters Susan, Patricia, and Gael Bissell, Linda Evans and Joyce Ferris, 5 grandchildren Carrie, Heidi, Jenna, Lucas, and Sam, and 2 great grandchildren. He has been the rock of our family for many many years and we will miss him greatly. Harry loved travel, boats, good meals, snappy dance tunes, and the daily mail, all of which brought him joy each day. He never turned down an opportunity to play golf or spend time by the water, and never ate a meal that he didn’t love. He was a great husband, father, grandfather, great-grandfather and community leader for nearly a century, and will be dearly missed by many. A Celebration for Harry’s life is planned for August 20th at 3 p.m. at the Aycock Chapel in Jensen Beach, FL. For Zoom, contact Gael (gbissell535@gmail.com). Additional memorial information can be found at https://www.dignitymemorial.com/obituaries/jensen-beach-fl/harry-bissell-10874308. In lieu of flowers, please make donations to Treasure Coast Hospice in Stuart, Fl.; St. Francis by The Sea Episcopal Church in Blue Hill, ME; Dartmouth College; or charity of your choice. .
See more See Less

A Celebration of Life for Harry Bradford Bissell Jr.