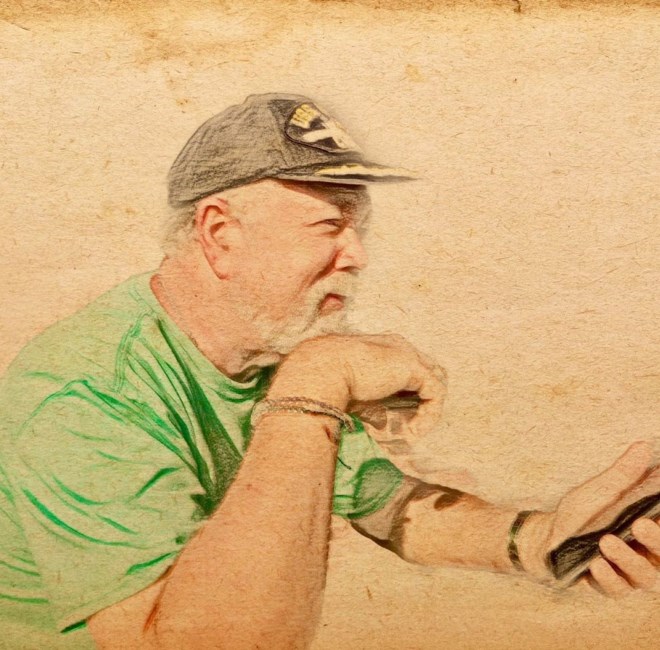 On Wednesday, December 30th at 4:27pm, Cdr. William “Bill” Escue, USN (Ret.) passed away due to COVID. He leaves behind his wife of 39 years Lucy, his sister Sue, his children and their spouses Callie (Libby), Aimee (Rick), and Billy (Kelly) and his grandchildren Grayson, Graham, Garison, and Daisy.

Bill was born in Long Beach, California and moved around the country throughout his childhood due to his father’s career. He attended Georgia Tech on a Navy ROTC scholarship from 1973 to 1977. After graduating with his bachelor’s degree in industrial engineering, he started his career as a naval officer stationed on the USS Edward McDonnell. From there he was a NROTC instructor at Georgia Tech, stationed at Newport Rhode Island, and on the USS Vreeland. He then attended Naval Post Graduate School in Monterey, CA where he received his master’s degree in mechanical engineering. Bill was then stationed at Charleston Naval Shipyard and Supship Mayport, FL. His last tour was Chief Engineer on the USS Nimitz.

After retiring as a Commander in 1996, Bill moved his family to Oklahoma. Following his naval career, he went on to receive a second master’s degree in human resources management and worked as a manufacturing executive and consultant. In 2013, Bill and his wife Lucy moved to Sewall’s Point following his parents’ deaths. His parents lived in Indialucie for 26 years and Bill had always loved the area. While living in Sewall’s Point, he spent his time volunteering with various organizations including serving as president of the Indialucie Property Owners Association.

Bill will be dearly missed. He was a fantastic husband, father, and friend. He was larger than life – incredibly smart, driven, and extremely generous. One of Bill’s friends recently summed it up perfectly stating that he was “a man among men – respected by all, feared by some, and loved by those who knew him.” Bill would do anything to help people and above all loved to make people laugh. He told the absolute best stories. He loved taking photos, collecting shells on the beach, and was an avid coin collector. Always tipping with $2 bills for good luck, Bill affectionately earned the nickname “$2 Bill” from many servers around town.

Due to the pandemic, a Celebration of Life will be held in Sewall’s Point at a date in the future. Bill will be laid to rest at Arlington National Cemetery. The family would like to extend a special thank you to the COVID ICU nurses and doctors at Martin Memorial Hospital who cared for Bill like he was their own family member. In lieu of flowers, please send meals or snacks to the COVID ICU at Martin Memorial Hospital (Attn: COVIDICU/6 West, 200 SE Hospital Ave, Stuart FL 34994) or to your local hospital’s COVID ICU in remembrance of Bill.

In Memory Of William David Escue