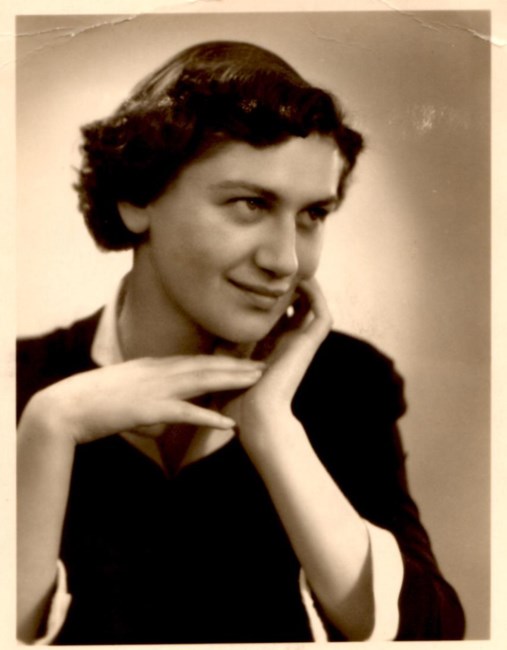 DUNBAR, Hilde Gertrude (Weber), 86 years, passed from this life June 21, 2011. Born in Vienna, Austria, December 16, 1924, daughter of Rudolf and Hildegard Weber (Pangerl). Hilde was a teenager during WWII and lived in occupied Vienna; she shared very little from those years. At the close of the war she decided that she wanted to be a translator for the US Army in Salzburg, Austria; she applied for a job, and that's where she met and married Clarence, her husband of 53 years. After they were married they moved to the United States. Hilde smiled when she spoke of how awestruck she was the first time she saw the Statue of Liberty when she arrived in New York. Hilde's favorite way to travel was by ship and she sailed the seas several times during her life. She talked about the breathtaking beauty of the Rock of Gibraltar, the Mediterranean Sea, and the Atlantic Ocean. Hilde was a very giving person and loved family. She is survived by: Clarence (Donna) Dunbar, Jr., of Port Charlotte, Florida; Sylvia (Doug) Cook, of Johnstown, Ohio; and Richard (Joan) Dunbar, of Johnstown, Ohio. And five grandchildren: Jason (Sarah) Dunbar, of New Albany, Ohio; Laura Dunbar, of Pataskala, Ohio; Brian (Megan) Dunbar, of Blacklick, Ohio; Jesse (Raelyn) Cook, of Kent, Ohio; and Aimee (Kyle) Hagerman, of New Albany, Ohio. And seven great-grandchildren: Micah, Anayah, Luke, Adin, Niya, Azaryah and Jonathan. A gravesite memorial service will be held Saturday, June 25, 2011, at 11:00 AM, at the Maple Grove Cemetery, Alexandria, Ohio, (located behind the school off OH-37), in Alexandria. Reverend Jesse Cook will officiate. Our family would like to extend a special thank you the team at the Northview Senior Living Center, in Johnstown, for the kindness, dignity and respect that Hilde received over the years. Crouse-Kauber-Sammons Funeral Home in Johnstown is assisting the family. In lieu of flowers please send donations in Hilde's name to the Johnstown-Northridge Community Food Panty, c/o Ruth Krumm, 555 South Main Street, Johnstown OH 43031.

In Memory Of Hilde Gertrude Dunbar