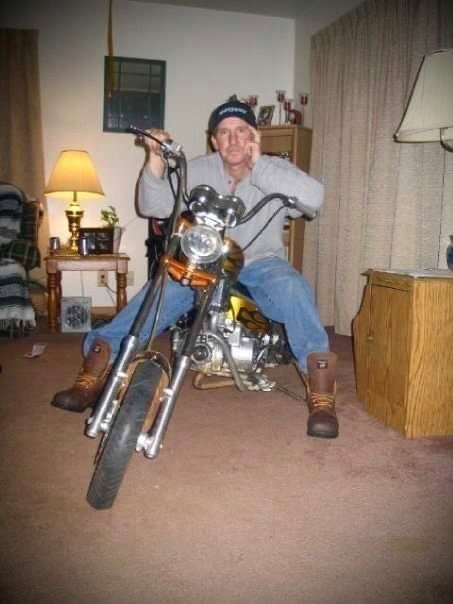 In memory of Kelly Michael Cruz June, 13th 1965-September 20th, 2022 Kelly Michael Cruz of Johnstown, OH age 57 passed away in his home with his loving wife and dog by his side. He was preceded in death by his Mother Katherine (Kitty) Cruz and his father Raymond (Richard) Cruz. Kelly was born in Columbus, OH on June 13th of 1965. He is survived by his wife Lee (Reed), children Bethany Cruz, Brittany (Ian) Murphy, Briana (Eric) Cruz, Kristen (Codie) Depue, Mallory (William) Brockman, Dylan Buffington, AJ Szweda, and Maggie Reed; grandchildren, Cameron, Hayleigh, Lucas, Alice, Molly, Damian, Matthew, Landon, Jackson, Amelia and Serenity; numerous nieces and nephews and siblings. Kelly enjoyed spending time with his friends and family, camping, watching NASCAR and football and fixing up collectibles. He went to rest on September 20th of 2022. ‘God saw you getting tired, When a cure was not to be. So He wrapped his arms around you, and whispered, "Come to me". You didn't deserve what you went through, So He gave you rest. God's garden must be beautiful, He only takes the best And when I saw you sleeping, So peaceful and free from pain I could not wish you back To suffer that again’
See more See Less

In Memory Of Kelly Cruz