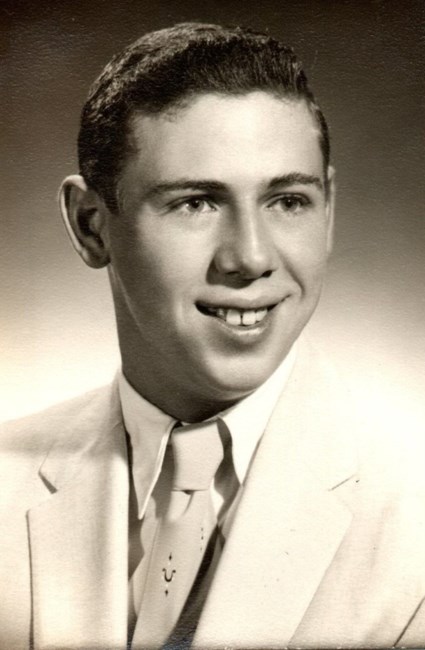 Richard A. Greene, Sr., 84, of Fallsburg, Ohio passed away in his home on January 22, 2023 after an extended illness. Richard was born on July 1, 1938 to John Edward Greene and Esther Mae (Eblin) Greene in Circleville, Ohio. The family later moved to Columbus where Richard graduated from Marion Franklin High School with top honors. After briefly attending The Ohio State University, Richard went to work at Western Electric Columbus Works, became the first to complete their Machine Construction and Maintenance Course, and rose through the ranks. When he retired in 1989 from his position as Senior Engineer and acting Chief of the Design Department, he held two patents in his name. Richard came out of retirement to begin his own company, Greene Engineering and Design, and retired a second time after eight years of employment with Resinoid Engineering Corporation. Richard married Mary George Lloyd on August 9, 1957. They built their first home in Pickerington, Ohio, in 1965 where they raised two sons. A loving father and grandfather, Richard coached his sons’ Little League teams and enjoyed taking his family on camping trips in addition to enjoying hunting, fishing, walks in the woods, playing pool, and playing guitar. Richard and Mary built their dream home in Fallsburg, Ohio in 1995 where they shared their love of the outdoors and wildlife with their friends and family. Two years after Mary’s death in 2012 Richard began a loving relationship with Shirley Starrett of Zanesville which lasted until his death. Richard is preceded in death by his parents and wife and is survived by his brother John (Carol) Greene, sons John Greene (Cathy) and Richard Greene, Jr. (Alison), five granddaughters, Allison Greene (John Jettinghoff), Senneth Greene (Josh Smith), Shawntae Truman (Mason), Brittany Greene, and Carson Greene, as well as two great-granddaughters, Scotland Truman and Delta Jettinghoff. Memorial visitation will be from 3-5 p.m. on Sunday, January 29, 2023 at CROUSE-KAUBER-FRALEY FUNERAL HOME, 225 N. Main St., Johnstown, OH 43031. Memorial service will follow at 5:00 p.m. on Sunday at the funeral home. Flowers are appreciated or donations may be made to either the American Lung Association or the American Cancer Society.
See more See Less

In Memory Of Richard A. Greene Sr.