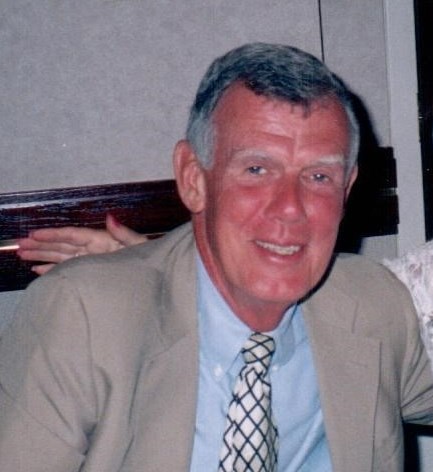 John B. Brennan, 82, formerly of North Providence, Rhode Island passed away in Jupiter, Florida on January 17, 2022. He leaves behind his wife of 57 years, Joyce E. (Smith) Brennan. Born in Providence, he was the son of the late John J. and Ursula B. Brennan. He attended La Salle Academy and Providence College. He was an educator in the Providence School Department for 35 years. He was also a member of I.A.T.S.E. Local 23 where he served as secretary-treasurer for many years. John loved summering in Narragansett for nearly 50 years with his family, and spending winters in Jupiter, Florida. He loved the Patriots and the Friars where he had season tickets for many years. In addition to his wife, he leaves his daughter, Mary E. Gordon and her husband, Dr. Norman Gordon of Lincoln, RI and his daughter-in-law, Natassha Brennan of California. He was the beloved “Poppy” to 4 adoring grandchildren, Daniel and his wife Ariana Jannetti of Lincoln, RI, Brian Jannetti of Boston, MA, Lauren Jannetti of New York City, NY and Briell Brennan of California. He was predeceased by his infant son Joseph and his son John J. Brennan. He also leaves his cousins, many nieces, nephews and so many good friends. His funeral mass will be celebrated on Friday, January 21, 2022, at 11:30 AM at St. Patrick’s Church in Palm Beach Gardens, Florida. A Memorial Mass, burial and Celebration of Life will be held in Rhode Island at a date to be determined. In lieu of flowers, donations in his memory may be made to McCauley Ministries (Providence RI) or the Rhode Island Community Food Bank.
See more See Less

In Memory Of John B. Brennan