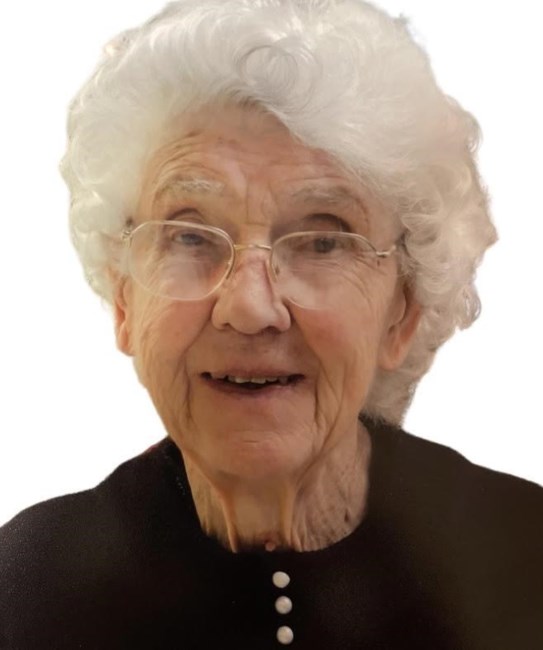 In Loving Memory of Margaret Helen Hutchinson Margaret was born in Pincher Creek, Alberta on February 22, 1925. She passed away in Kamloops, BC on September 5, 2022. Margaret is survived by her daughter Chris, her grandchildren: Steven (Nicole), Caitlin (Graham) and Alix, and her great-granddaughters: Charlie Dolson; Macey and Maggie MacLaughlin; and Sage and Juniper Dolson. She was predeceased by her husband, Charles ‘Scott’ Hutchinson, and their infant son Lawrence Scott; her brother Donald Kerr, her sister Ruth Fisher and their parents Andrew Kerr and Edith Mary Flanagan Kerr; and her son-in-law Grant Dolson. Margaret Hutchinson will be remembered by literally thousands of former students from a career teaching in Kamloops elementary schools from 1944 until 1990 and from decades of volunteerism at Kamloops United Church, and in various literacy programs following her official retirement. Margaret came to Kamloops from Victoria, at the invitation of her best friend whom she met at the Provincial Normal School, to complete her teaching practicum in the spring of 1944. She stayed, and at the mature age of 19 began her career at the two-room Brocklehurst School as the teacher in a classroom with 48 students in four grades. Following stints at Valleyview and Allen Matthews Schools, Margaret spent the last three decades of her career at Beattie Elementary School. She set something of a school district attendance record, never taking a single sick day in 45 years of fulltime teaching. In 1946 Margaret married her best friend’s brother Scott, who ranched south of Kamloops. In the 1950’s the couple built a home in Knutsford, where they lived for over fifty years. Margaret never gave up her fight against weeds on the driveway, even after she moved into her daughter’s house next door. During the last ten years, Margaret received understanding and compassionate care at ACSS, and since January 2022 at Overlander. Margaret’s one true source of joy was her grandchildren, and each of them have many fond and funny memories of their grandma. In lieu of flowers and cards please consider a donation, in memory of Margaret, to Kamloops United Church (421 St. Paul Street) https://kamloopsunited.ca/ or to a literacy program like Raise a Reader Kamloops at https://www.canadahelps.org/en/dn/42475. Margaret was always adamant that no fuss be made, so there will be no service. Arrangements entrusted to Schoenings Funeral Services.
See more See Less

In Memory Of Margaret Helen HUTCHINSON