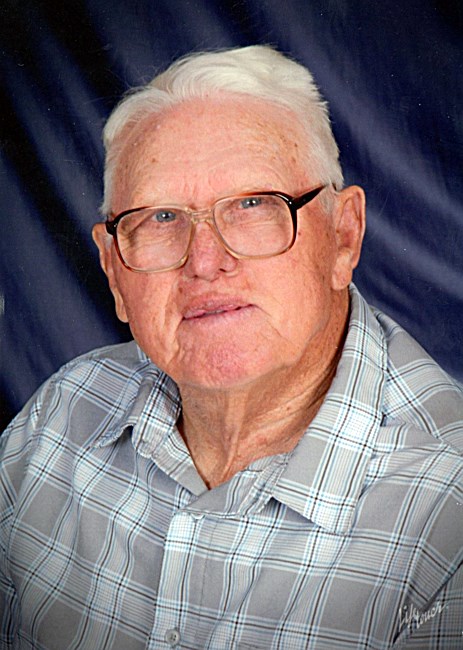 Arvil Stinnett, 85 passed away October 23, 2016. Heaven must have needed a new handyman. Arvil was born in Dayton, Tennessee and lived most of his life in the Kansas City area. Upon retirement, he and Sue enjoyed the country life in Welda, Kansas and a home at Sunshine Estates in Harlingen, Texas. He was a maintenance supervisor for General Motors Fairfax plant. Arvil was a perpetual member of the West Gate Masonic Lodge #438 for over 60 years where he served as Master from 1972 until 1973. He served in the United States Army during the Korean War. He enjoyed traveling and playing in a Men’s Softball League. Arvil was preceded in death by his parents, Luther & Mary Stinnett; stepmother, Gladys Garrett Stinnett; brothers, Carl and Earl Stinnett; and sisters, Mildred Smith King, Vernia Blake, Virginia Overby, and Thelma Roark. Survivors include wife Carolyn “Sue” Stinnett of the home; one son, Michael Stinnett and wife Cindy of Cabot, Arkansas; two daughters, Marilyn Van Winkle and husband Ron of Edwardsville, Kansas, and Susan Brown and husband Kelly of Olathe, Kansas; grandchildren, Michelle Gibson and husband Larry, Dale Billings and wife Kelly, Justin Stinnett and wife Tamra, Joshua Brown, Aaron, Jason and Aimee Van Winkle; great-grandchildren, who affectionately called him “Papa Texas” Kaytie and Addie Gibson, Meghan, Carley and Merideth Billings and Eli, Aubrey, Andrew, Abigail and Blake Van Winkle; brothers, James of Welda Kansas, Luther of Tarpon Springs, Florida, Charles of Lebanon, Tennessee; and sister, Evon LeBlanc of Ozwakie, Kansas. Arvil will be remembered by those that knew and loved him for his giving, caring, and compassionate ways. He never knew a stranger and always went out of his way to help his friends and family. He was the best story-teller and always had a joke. A visitation will be held from 6:00p.m. to 8:00 p.m., Thursday, October 27th at Chapel Hill – Butler Funeral Home, 701 North 94th Street, Kansas City, Kansas. Funeral services will be 8:00 a.m., Friday, October 28th at the funeral home. Interment services will be 10:00 a.m., Friday, October 28th at Leavenworth National Cemetery, 150 Muncie Road, Leavenworth, Kansas. Lunch will be served after the burial service at the Edwardsville Community Building, 696 South 3rd Street, Edwardsville, Kansas. In lieu of flowers, donations to the family will be accepted at the funeral home to form a scholarship fund for Arvil's grandchildren and great-grandchildren or you may make a donation in his name to the charity of your choice.
See more See Less

In Memory Of Arvil Lee Stinnett