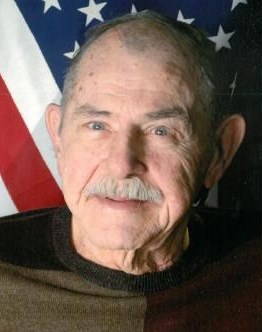 Charles William Jonscher (Corkey), age 80, of Kansas City, Kansas passed away on Monday, January 17, 2022 at Shawnee Gardens. Charles was born the son of Robert F. Jonscher and Helen L. Martin September 6, 1941. He was a lifetime resident of Kansas City, Kansas graduating from Wyandotte High School. Mr. Jonscher was a Army Veteran. Corky worked for General Motors for 42.2 years before retiring on January 1, 2004. Corky married Deanne Rader and was married to her for 54 years. They had 4 sons. He is survived by his wife Deanne Jonscher and 3 sons: Charles Jonscher, Brian Jonscher and Gary Jonscher. Their 10 Grandchildren: Madeline Jonscher, Cade Jonscher, Alexander Sheetz, Randy Jonscher Jr. Kayla Jonscher, Zechariah Jonscher, Nevaeh Jonscher, Alexis Jonscher, Shyann Jonscher and Ivy Jonscher. Along with 4 Great Grandchildren: Cruz Sheetz, Talan Sheetz, Elijah Sheetz and Leam Jonscher. Corky was preceded in death by his parents and son Randy W. Jonscher. He was a member of Shawnee Mission Baptist Temple. 21533 Midland Drive, Shawnee, KS 66218 where his visitation will be held on Saturday January 22 from 1:00-2:00 pm followed by the funeral service at 2:00 pm. Burial with Military Honors at Chapel Hill Memorial Gardens. Fond memories and expressions of sympathy may be shared at www.chapelhill-butler.com for the Jonscher family.
See more See Less

In Memory Of Charles William Jonscher