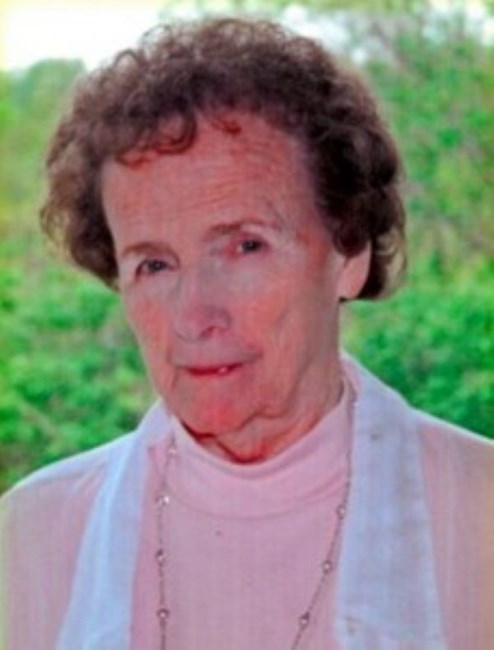 Helen "Walsh" Folsom, age 89, of Kansas City, Kansas passed away on Wednesday, January 18, 2023. A visitation for Helen will be held Tuesday, January 24, 2023 from 1pm - 2pm followed by a Celebration of Life beginning at 2pm at Chapel Hill - Butler Funeral Home, 701 North 94th Street, Kansas City, KS 66112. Immediately following will be a graveside service at Chapel Hill Memorial Gardens. In lieu of flowers, memorial contributions are suggested to Samaritan's Purse, www.samaritanspurse.org or Open Door Baptist Church, 3303 N. 103rd Ter., Kansas City, KS 66109. Helen was born on November 1, 1933 in Kansas City, Kansas. She graduated from Wyandotte High School and attended Kansas City Art Institute. She worked for a short time at Hallmark Cards before she started a family with her husband, Bill. Helen then became a full-time Mom to her four children. Helen always enjoyed painting and writing short stories and eventually went to work at the Kansan Newspaper where she stayed for five years. She then took a position for the Leavenworth Road Assocation as Executive Director, where she built the program from scratch and worked for 10 years until her retirement. She always had a passion for writing, so after retirement she decided to become a full-time writer. She also worked part-time at Grinter House Museum as a tour guide. Helen published many books during that time, including Ah, Those Irish Colleens!, which was on the Irish Books and Media Best Seller list for three years. She was preceded in death by her husband, Bill and son, Isom B. Folsom. Survivors include her three children, William R. Folsom, Jr., Belinda S. Price, and Elizabeth A Folsom; 11 grandchildren, 22 great grandchildren and 2 great great grandchildren. Fond memories and expressions of sympathy may be shared at www.chapelhill-butler.com for the Folsom family.
See more See Less

In Memory Of Helen "Walsh" Folsom