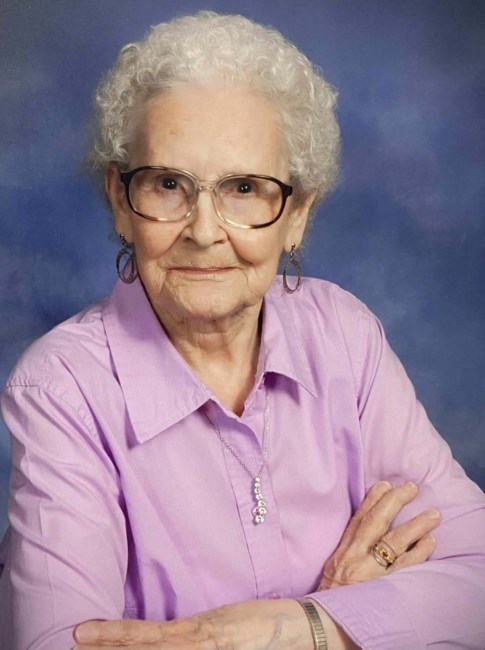 Hettie May Callahan, 92, of Tucumcari, NM, passed into eternal glory on Sunday, September 11, 2022. Hettie was born on November 9, 1929, to Ernest and Margaret (LeRoy) Smith in Stanley, North Dakota. She married Louis Werner on February 26, 1948, in Leavenworth, Kansas. They divorced in 1965. Hettie and Louis were the parents to six children: Margaret (William) Raney of Newkirk, NM; James (Cindy) Werner of Winchester, KS; Jane (Bill Steig) West of Conchas Dam, NM; William (Laura) Werner of Leavenworth, KS; Robert (Tara) Werner of Liberty, KY; and Christine Guffey of Tucumcari, NM. Hettie married Ernest Callahan in February 1970 and was widowed in September 1976. She and Ernest were the parents of one child: Barry (Bruce Kelley) Callahan. Hettie was preceded in death by her parents; two younger brothers, James and Robert; an infant son, Frederick; and a sister, Jean Stokesberry. She is survived by a brother, Louis Smith, of Missouri. Hettie was a 75-year member of the Lutheran Church-Missouri Synod, including many years as a member of St. Paul’s Lutheran, Leavenworth, KS; St. John’s Lutheran, Topeka, KS; Christ Lutheran, Amarillo, TX; and Trinity Lutheran, Leavenworth, KS. As a prolific letter writer since the 1950s, she had more than 100 pen pals throughout the United States and Canada. Funeral arrangements have been made by Chapel Hill Funeral Home in Kansas City, KS. Visitation will take place on Friday, September 16, beginning at 10 a.m. at Trinity Lutheran Church in Leavenworth. The funeral service will occur at 11 a.m., with burial following at Sunset Memory Gardens in Leavenworth. Reverend Damian Snyder will officiate. Our family truly thanks God for the gift of Hettie, our beloved mother, grandmother, great-grandmother, great-great-grandmother, aunt, and friend, who loved, supported, and guided us all.
See more See Less

In Memory Of Hettie May Callahan