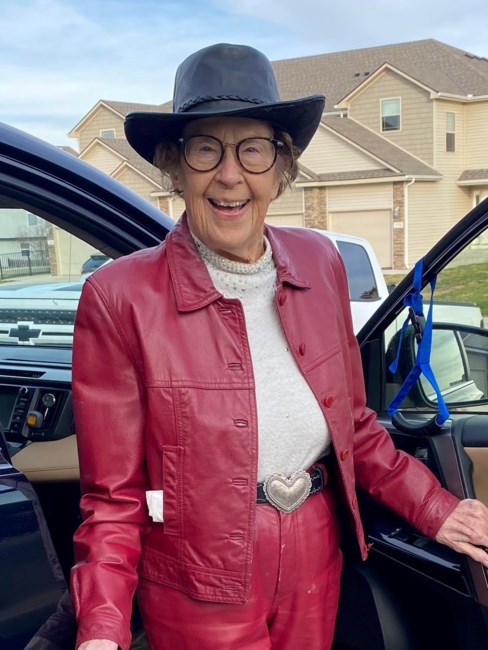 The Quiet Life of a Remarkable Woman As remembered by those who knew her best – her five kids Quiet in the most noble, admirable, and God-honoring sense of the word. Our mom, Versa Belle Bookman [nee Smith], was the 6th of 7 children, born to a loving mother and an absentee father. Mom was orphaned at the age of 8 when her mother was shot to death. She lived with her younger sister in the Cunningham Children’s Home in Urbana IL – not an entirely gracious experience, if judged by more modern expectations – until, when she was in the 7th grade, her oldest brother brought her to live with him in Rockford IL. She lived the unsettled and difficult life of a rather unwanted waif until taken in – albeit temporarily – by a strong Christian family. Happily, there was a gas station on the corner of the block where that family lived, and Dale Bookman, a young man whom Versa knew from high school, worked most every day at that station. Mom confesses that she regularly ran errands of her own devising and that, strangely enough, those errands always demanded she stroll past that gas station. In time – and indeed, rather shortly – those errands proved life-shapingly productive. In 1939, before finishing high school, because Mom (17 years old) had no settled place to live and Dad (18) was not entirely welcome at home, they went to a Justice of the Peace, rather fibbed about their ages, and were married – albeit secretly. After graduating high school, Dad worked in a bank and elsewhere for some years, but times were awfully lean. Mom and Dad had only a bicycle for transportation, and Mom became adept at riding on the handlebars as Dad pedaled. It sufficed – except for those times when an unsympathetic local policeman confiscated the bike! The family with whom Versa lived for a season invited her to go with them to their church, First Baptist of Rockford. This was an eternity-shaping stroke of providence: Versa and Dale heard the gospel through that ministry and gave their hearts and lives to the Lord. Thus it was that all through the growing years of the Bookman kids, life was happily and profitably shaped and framed by the Scriptures as taught in that church. Mom’s first baby died at birth by reason of the untutored staff in the charity hospital to which she was sent, and as a result of that heartbreak Mom became convinced that God was going to give her twins. And sure enough, Cheryl came first and then, when she was only a year and a half old, Mom got her twins, Crystal and Doug. Mom and Dad had their hands pretty full, and they got even busier when Greg made his appearance three years later, followed finally and happily 7 years later by the family princess, Melanie. Life was never easy for Versa and Dale as they worked to establish some measure of financial security, but we kids knew only a happy rhythm of neighborhood play, church involvement, family trips and outings, one major move but only across town, and the annual happy cycle of holidays and birthdays. There was certainly the occasional heartache and difficulty, but Mom and Dad were always there to lovingly and wisely get us through those. Throughout those years, Versa showed herself more and more to be a stunningly creative and gifted artisan. She became an accomplished seamstress in order to keep her growing family smartly clad, a renowned cook and baker to make sure they were well and deliciously fed, and a delightful helpmate perfectly suited to Dale in all their shared efforts to make ends meet and grow the family to love God and one another. She taught herself to draw and then to paint. And once the nest was empty, she got to be a pretty good golfer – at least good enough to beat Dad more often than not! For 56 years of marriage, Dale and Versa were one heart beating in two bodies, soulmates whose lives were so entirely and happily intertwined that it was hard to imagine one living in the absence of the other. But that was the assignment given Versa by her Heavenly Father when, in 1995, death did them part. Dad was taken home suddenly and gently, and we kids honestly wondered if Mom could find her way without him. But she has! For 28 years Versa has remained a loving and careful mother, grandmother, great-grandmother (to date, 84 progeny and counting), a gracious help and companion to scores of friends, an ever-productive artist, seamstress, and cook, and a soul-satisfied follower of her Lord Jesus Christ. The last decade of her life has been lived in Cary NC where she enjoyed the fellowship and loving care of her extended Christian family, The Shepherds Church. Versa lived most of her life in Rockford, Illinois. In 2021, Versa moved to Kansas City to live under the love and care of her youngest, Melanie. Those who know Versa best give thanks to God for the quiet but remarkable life He gave her to live for His glory and our good. Versa is survived by her five children: Cheryl (Merrall) Hogland of Rockford, Illinois, Douglas (Diane) Bookman of Cary, North Carolina, Crystal Livesay of Northfield, Minnesota, Gregory (Theresa) Bookman of San Antonio, Texas and Melanie (Richard) Cogswell of Kansas City, Kansas, along with her forty-three grandchildren, twenty-nine great-grandchildren, and two great-great-grandchildren. Fond memories and expressions of sympathy may be shared at www.chapelhill-butler.com for the Bookman family.
See more See Less

In Memory Of Versa Belle Bookman