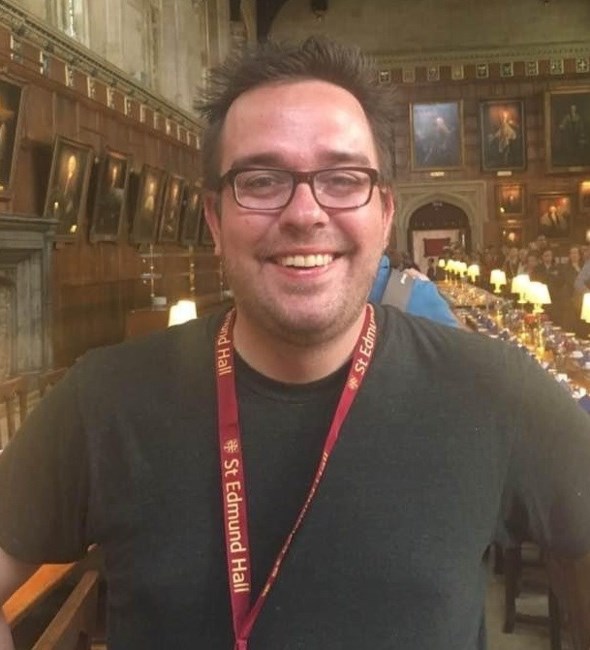 Brian was a bright and adventuresome person who enjoyed family and friends, travel, movies, painting, photography, science fiction and a good game of trivial pursuit. Brian was a Roman Catholic. He traveled to Haruna, Japan in a sister city program while at Grandview Middle School and later went on a Jesuit mission to Honduras while at Rockhurst High School. Brian was an avid runner and proud member of the Rockhurst High School Cross Country and Track teams. He was a columnist for The Yale Daily News and cartoonist for The Yale Herald while he attended Yale. Brian produced science and health program "Under the Microscope" for KBIA, NPR affiliate Columbia MO. After graduating from Rockhurst High School in 1996, Brian attended Yale University where he graduated with a Bachelor's in Political Science and Government. Brian received his Juris Doctor from New York University School of Law in 2003 and became a member of the Missouri Bar in 2010. He later studied at the University of Oxford for a continuing legal education program in 2016. Brian was living in Manhattan during the September 11th tragedy and joined his classmates and friends in traveling to local hospitals and organizations to donate blood and volunteer. Brian interned for Missouri Congresswoman Karen McCarthy (Washington, DC) the summer of 1998. He worked for Stroock & Stroock & Lavan LLP (New York) in 2003. Brian was a Project Officer for the Special Court of Sierra Leone (Freetown, Sierra Leone) in 2007. In 2010 he started the Brian Lewis Law firm (Columbia, MO/Kansas City, MO) where he worked through the present. Survivors include his parents, James and Linda Lewis of Kansas City, MO; a brother, Scott (Hannah) Lewis and their son, Berlin of Kansas City, MO; and uncle & aunt/godparents, Dennis and Rita Shaughnessy. No public visitation. Family is planning a memorial service that will be held at a later date. In lieu of flowers we encourage his friends and family to send a donation to either the Rose Brooks Center, a domestic violence emergency shelter in Kansas City, KBIA Radio in Columbia Missouri, or your local NPR station.
See more See Less

In Memory Of Brian Joseph Lewis