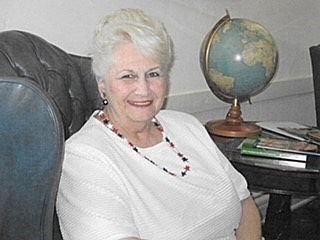 Carolyn S Gibson, age 80, of Kansas City, Missouri passed away on Tuesday, January 17, 2023. Carolyn Sue Gladden Gibson known as Carol was born in Kansas City, Missouri on September 21, 1942, an only child of Nellie Frances and Leslie Thurston Gladden. Carol attended Southeast High School, Kansas City Junior College and. Kansas City University. She joined Hallmark Cards in 1963 where she held various management positions. Carol retired in September, 1998 after 35 years with Hallmark Cards. She enjoyed working with volunteer organizations while employed at Hallmark and during her retirement years. She was a member of the Hallmark Cards Retirees' Board, The Muscular Dystrophy Association for the Jerry Lewis Labor Day Telethon, Block Cancer Foundation and Channel 41 's Call For Action where she served on the Board of Directors. She was also a member of Epsilon Sigma Alpha and The Business Women's Association. She joined Second Presbyterian Church in 2003 and volunteered in the church's office. Carol loved to travel in the United States and abroad and enjoyed many wonderful trips. She was a devoted Kansas City Chiefs Football fan and season ticket holder since 1976. Carol had many hobbies especially collecting Chiefs football memorabilia, teapots, coffee mugs from her travels and blue and white porcelain. She enjoyed spending time with her beloved family and friends. Carol was "Mom" to some very special canine companions during her life, the favorites of which were Sophie, Jazzy, Lola, and Buffy who were more human than canine. A visitation for Carolyn will be held Friday, January 27, 2023 from 12:00 PM to 1:00 PM at Mt. Moriah, Newcomer and Freeman Funeral Home, 10507 Holmes Road, Kansas City, MO 64131. A funeral service will follow from 1:00 PM to 2:00 PM, with a committal service following from 2:00 PM to 2:30 PM at Mount Moriah Cemetery South, 10507 Holmes Road, Kansas City, MO 64131. In lieu of flowers, contributions in Carolyn's memory may be made to Wayside Waifs, 3901 Martha Truman Road, Kansas City, MO 64137.
See more See Less

In Memory Of Carolyn S. Gibson