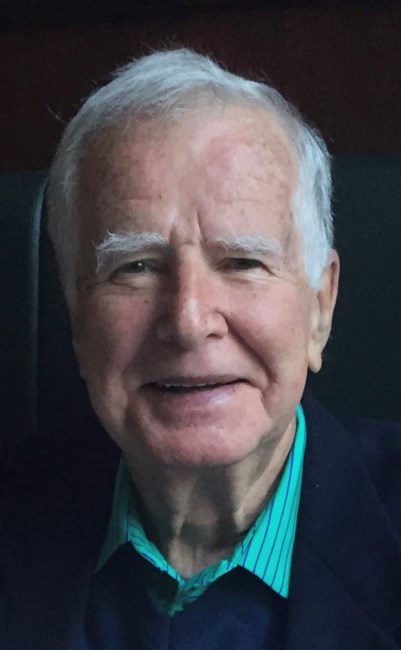 Donald Joseph Donnelly was called to his heavenly father on February 13th, 2020 in Kansas City. He was surrounded by his loving family. He was born September 5th, 1935 in Kansas City, Missouri. He attended Redemptorist Catholic Grade School and Rockhurst High School. After school, Don became a member of the US Army, and he was stationed in Germany until his honorable discharge. In 1965, he married the love of his life, Kathleen Brown. They stayed together for 50 years until her passing. Don started his career at the City Market in Kansas City for a produce brokerage called Brown & Loe. He eventually purchased the company from Tom Loe in 1987, and continued to provide produce to many of the grocery stores throughout the Midwest. Although he retired from the company many years ago, the Brown & Loe sign still sits on the historic building where he once worked. He sat on the board at St. Peter’s Parish and St. Thomas More Parish. He also chaired several of the auctions at St. Theresa’s Academy. Don also helped coach for several seasons at St. Thomas More School. After retiring, Don spent the majority of his time relaxing on his deck at the Lake of the Ozarks, listening to the Royals, with his beloved wife by his side. He was preceded in death by his wife & soulmate, Wilma Kathleen Donnelly, Eugene Patrick Donnelly and Norine Quinlan Donnelly (parents), Mary Eileen Zahner (sister), Nancy Kraus (sister), Richard Donnelly (brother) and Robert Q. Donnelly (brother). Don is survived by his brother Eugene Patrick Donnelly II (Julie), daughters Polly Gearke (Paul) and Sara Elizabeth Hipp and sons Richard Michael Donnelly (Shaia) and Donald J. Donnelly Jr. (Stephanie). He was a proud Papa to his grandkids Michael, Erin, Tommy, Reilly, Andrew, Luke, Delaney, Dillon and Mae. He forever loved his big Irish family, making people laugh and Bud Light. Visitation will be 9:30 – 10:30 AM Saturday, Feb. 19 at St. Thomas More Catholic Church followed by the Rosary recitation and then the Mass of Christian Burial at 11 AM.
See more See Less