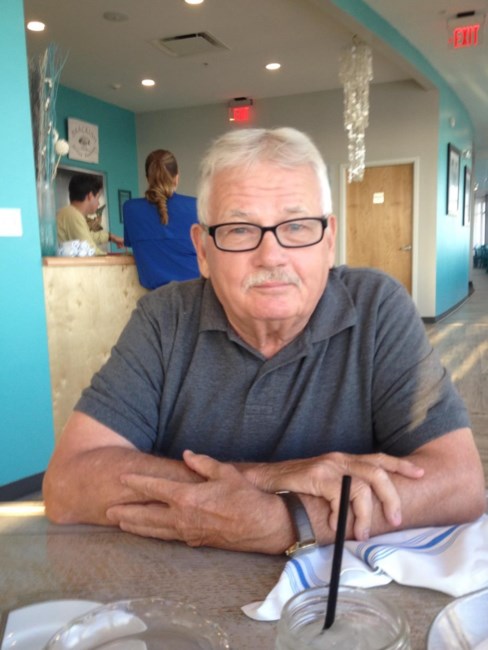 Donald Joseph Winkler Jr was 73 years old when he passed on the morning of January 29, 2022. Don was born March 12, 1948, to Don and Marie (Tierney) Winkler. He was a lifelong resident of Kansas City. He is survived by: his children Kirsten (Chris) Parris, and JP Winkler; his grandchildren, Owen, Hannah, and Lucy Parris; sisters, Pam Wright, Suzy Emig, and Jeannie (Mike) Steinbrecher; many nieces and nephews; former wife, Kate Winkler; and Kathy McGinley. Don is preceded in death by his parents and brothers in-law, Gary Wright and Don Emig. From an early age, Don had a passion for sports, music, and history. He had a special love for baseball that he shared with his father. He was an avid reader and writer. He had a quick wit and was known for his jokes and obscure literature quotes. Don served as captain of the Kansas City Blues Rugby Club where he made many lifelong friends. Don was a proud father and taught many of life’s lessons through baseball, blues, books, and BBQ. Don traveled all over the world, from every corner of Canada, to South America, and Europe. Don was happiest when spending time with his children and 3 grandchildren. He had a big heart and advocated for many social justice issues. He volunteered his free time umpiring at 3&2 Baseball League in South KC and at Redemptorist Center. In lieu of flowers, please consider donations to Royals Charities to support the Sandlot League Baseball and Softball programs at the Urban Youth Academy. Send Donations to Royals Charities at 1 Royal Way Kansas City Missouri 64129, or the Negro League Baseball Museum www.nlbm.com/donations. A Visitation for Donald will be held Tuesday, February 8, 2022 from 9:30 AM to 10:30 AM at St. Catherine of Siena Parish, 4101 E 105th Terrace, Kansas City, MO 64137, followed by a Memorial Mass at 10:30 AM.
See more See Less