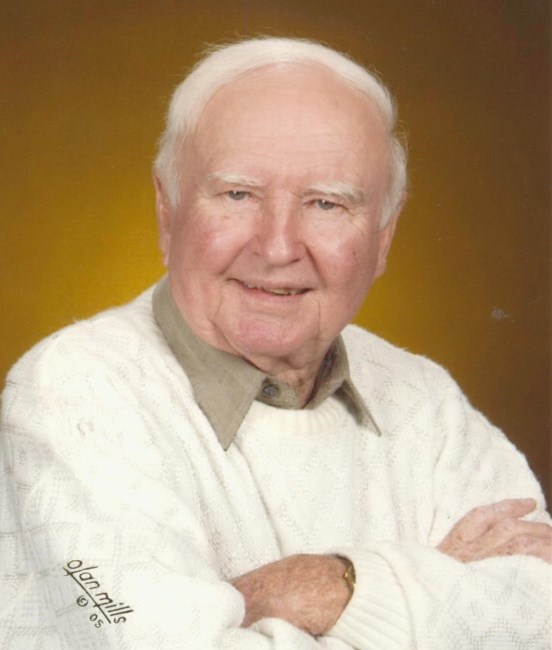 Edward William Smith Sr. was born to Edward Henry and Vesta (Grubbs) Smith on June 25, 1926. He was the middle child of 5 children. His father started The Gate City Glass Company three years after his birth in 1929. Ed (as he was known to his friends) would later take over the family business with his brother Jack. It is still family owned, and currently the oldest family owned glass company in the city. He would pass this company on to his son and grandson continuing the family tradition. Instilling a work ethic that had no match. Going to work every day long after retirement (I truly think this was an excuse to be able to eat at Town Topic). Ed would enlist in the Navy during the height of WWII. He would go on to work on the dry dock (a massive ship that is located in the south Pacific to service battle and various other ships during the war). He would create lasting friendships and memories. It was after the war that he would go out with some friends who would introduce him to his future wife, Rosemary Straufuss. Their love would only grow stronger over the next 65 years. They were a constant fixture. Rosemary and Ed would go on to have three boys, Edward Jr., Gary, and Craig. Ed would instill in his children the love and passion for family. Taking his boys to the family farm in the summer as he had also done as a youth. He would reminisce fondly on this place, located in Northeast Missouri in a small town called Mendon. This heritage farm was a place of solitude and strength; until the last few years he would be a frequent fixture of the “ice cream social” that started in his grandparents’ front yard. He would talk of the days of helping with the sheep and collecting eggs. His boys would continue this tradition of taking their children to the farm for long weekends and family time. His smile and jovial spirits could light up a room. He was an avid sports follower, collector of all things tractor, and a connoisseur of fine Irish Whiskey. He was quick with a good story, or fine with just a relaxing evening in his beloved armchair (more than likely the newspaper sitting beside him). Edward was the last of the “Great family” to pass. He is preceded in death by his wife Rosemary; their two boys Gary and Craig; his sisters MaryPat, Martha, Delorise; and his brother Jack. He is survived by his eldest son Edward (Terry), their children, Annora (Brandon) Ray, Dr. Erin (Matt) O’Laughlin, Leah (Neal) Krieger, Brennan (Anne) Smith, Timothy Smith, Danielle Stecklein, Bradley Cooper; Gary’s wife Cheryl their two children Brooke Smith, Travis (Ashley) Smith; Craig’s children Whitney Smith, Conner Smith, Mollie (Kelly) Mercer, Kyle Smith; and innumerable great grandchildren. The family would also like to thank all the amazing assisted living personnel at The Forum of Overland Park for their loving care and support that Ed so dearly praised daily about how well they took care of him. Ed always enjoyed his happy hour with all his neighbors at the forum along with playing bingo. In lieu of flowers the family is asking that donations be made to either the Hospice service that provided amazing care and support for his last few years, or to Sisters Servants of Mary. For the Hospice charity make checks payable to HealthCare; their address is 10977 Granada Lane, Suite 205, Overland Park, KS 66211. For Sisters Servants of Mary, 800 N. 18th St., Kansas City, KS 66102. Mass of Christian Burial will be held at 10:00 AM on Wednesday, May 25, at St. Thomas More Catholic Church, 11822 Holmes Rd., Kansas City, MO. Burial will follow at 12:00 PM at Forest Hill & Calvary Cemetery, 6901 Troost Ave, Kansas City, MO.
See more See Less