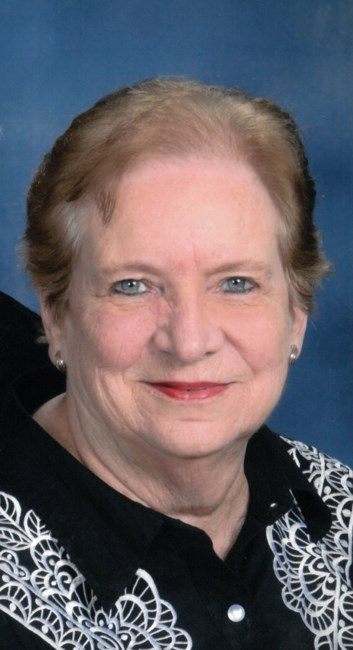 Elizabeth Joyce Donnell, age 84, of Harrisonville, Missouri passed away on Saturday, January 14, 2023. “Joyce” as she preferred to be called, was born February 16, 1938, in Kansas City, MO to Walter and Lillian Letzig. She married the love of her life on January 15, 1955 and would have celebrated 67 years of marriage the day after her passing. She had several bookkeeping jobs over the years, one of which was with House of Lloyd in Grandview, MO, where she was able to score great prices on 4th of July fireworks for the many picnics hosted at the home on Norby Road in Grandview. But mostly, she was a devoted stay at home mom, raising her family. She loved to garden and then can the produce that was grown each summer and could often be found bent over weeding the dozens of rows of vegetables that would eventually end up in the pantry. Another of her passions was making crochet blankets for each of her grandchildren and great grandchildren plus dozens of needle point pillowcases. She loved to give gifts (but, never minded receiving them either!). She was never able to wait until Christmas and would often offer up an early open opportunity! Unfortunately, as her health began to slip away from her, she was not able to leave the home as often as she would have liked but would always light up when someone came to visit! Her wish was to be able to go from Home to Heaven, and the devotion of a loving husband made that possible as she went peacefully in her sleep. She was preceded in death by her mother and father, Lillian and Walter Letzig, mother and father-in-law, Anna and “Hap” Donnell, and brother and sisters-in-law, Betty and “Bud” Park and Sylvia and Danny Meek. Survivors include her Husband Ira, sons David (Roberta) and Dean (DeAnn) both of Belton, MO, eight grandchildren and thirteen great grandchildren, plus a host of nieces, nephews, cousins, and friends. A visitation for Elizabeth will be held Saturday, January 21, 2023 from 9:00 AM to 10:00 AM at Newcomer's Floral Hills Funeral Home, 7000 BLUE RIDGE BLVD, KANSAS CITY, MO 64133. A funeral service will occur Saturday, January 21, 2023 from 10:00 AM to 10:45 AM, 7000 BLUE RIDGE BLVD, KANSAS CITY, MO 64133. A graveside service will occur Saturday, January 21, 2023 from 11:15 AM to 11:30 AM at Mount Moriah Cemetery South, 10507 Holmes Road, Kansas City, MO 64131.
See more See Less

In Memory Of Elizabeth "Joyce" Donnell