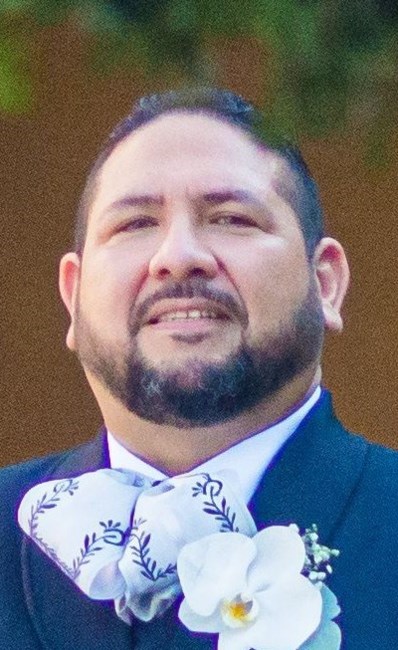 Genaro Ruiz, 48, of Kansas City Missouri’s Westside community, was called home on March 30, 2022. He was surrounded by his wife Sandra, brother Steven and family members in Phoenix, Arizona. Genaro was born to Genaro Sr. and Teresa Ruiz in Kansas City where he spent his formative years. Genaro has been serving his community for the past 25 years in either non-profit or government positions. He served as Senior Advisor for Community and Intergovernmental Affairs for Kansas City Mayor Sly James, prior to which he worked for Congressman Emanuel Cleaver II as a Community Affairs Liaison. When Genaro first relocated to Phoenix he served as Community Center Manager for Chicanos Por La Causa where he worked to improve the quality of life for the residents in West Phoenix, especially the youth. He ensured that families had access to resources to succeed. Most recently, he was the Center Director at the Rio Salado Audubon Center, where he was part of the revitalization in South Phoenix. In 2015, Genaro met Sandra Carranza through mutual friends in Kansas City. What started as a long-distance relationship with him in Kansas City, Missouri and her in San Jose, California quickly turned into a profound love connection that defied the need for proximity. They were engaged in 2019 with their wedding taking place on a warm summer day in September of 2021 in Phoenix, Arizona. Genaro enjoyed discovering new places in Arizona traveling alongside his wife. He always looked forward to return visits to San Jose and Kansas City to reconnect with family and friends. Preceding him in death is his father Genaro Ruiz Sr., and his mother Teresa Ruiz. He is survived by his wife Sandra, brothers Eduardo and Steven Ruiz; stepdaughter Mariah and grandsons Lincoln and Roan. Genaro will always be remembered for the countless lives he touched in his years of service. He was a Man of God and a servant of the people. “I slept and I dreamed that life is all joy. I woke and I saw that life is all service. I served and I saw that service is joy.” -Kahlil Gibran A visitiation for Genaro will be held Saturday, April 9, 2022 from 9:00 AM to 11:00 AM at Sacred Heart Our Lady of Guadalupe Church, 2544 Madison, Kansas City, MO 64108, followed by a Mass of Christian Burial from 11:00 AM to 12:00 PM. Fond memories and expressions of sympathy may be shared at www.mcgilleymidtownchapel.com for the Ruiz family.
See more See Less

In Memory Of Genaro Ricardo Ruiz