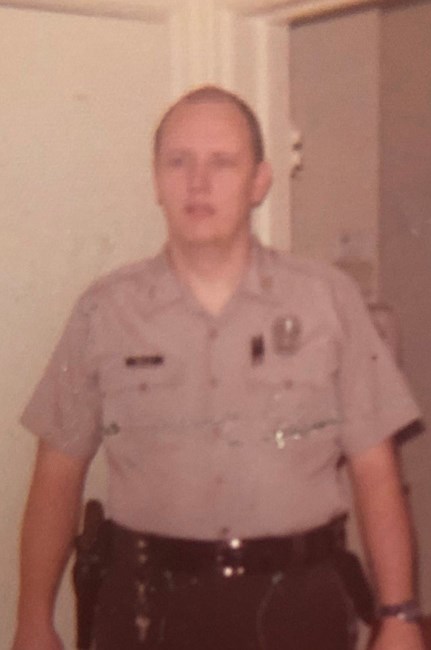 Gerald Ernest “Beetle” Bailey, 81, passed away Tuesday, December 2, 2020 at Jefferson Place Nursing home in Lee’s Summit, Missouri, from a heart attack, during recovery from surgery for cancer. He was born to Ivan Harold Bailey and Earnestine Emma Fastner on July 19, 1939 in Topeka, Kansas. Gerald was united in marriage to Patricia Lou Benson on November 21, 1961 at the Terrace Lake United Methodist Church on Red Bridge Road in Kansas City, Missouri. To this union 3 children were born, Laura, Valerie and Jennifer. He has 6 grandchildren and 3 great-grandchildren. While in Kansas City and working at Greyhound Bus, he met Patricia Benson and asked her out on dates, 2 months later they were married. They spent their honeymoon at the Holiday Inn in Raytown for about 3 days and had a special dinner down at a restaurant in Westport. Gerald left for the military, the next month. He served his term stateside as an MP at Fort Gordon Georgia and Fort Leonard Wood. After being discharged from the military Patricia and Gerald returned home and Gerald worked for a Hospital for a spell before he applied to the Kansas City Missouri police department. He served 25 years and 2 months. He served most of his career in downtown Kansas City, MO as the patty wagon officer. After retirement he still worked mostly downtown in bank buildings and still had the upper body strength, he was known for to convince someone to stay put when they were told to. He enjoyed gunsmithing, model car collecting and watching movies. He could quote just about any movie that he ever watched and tell you the stars and what other movies that they had been in. Gerald Ernest "Beetle" Bailey will be missed by family and friends from all walks of life. There will be a private service for Beetle at Mt. Moriah, Newcomer & Freeman Funeral Home.
See more See Less