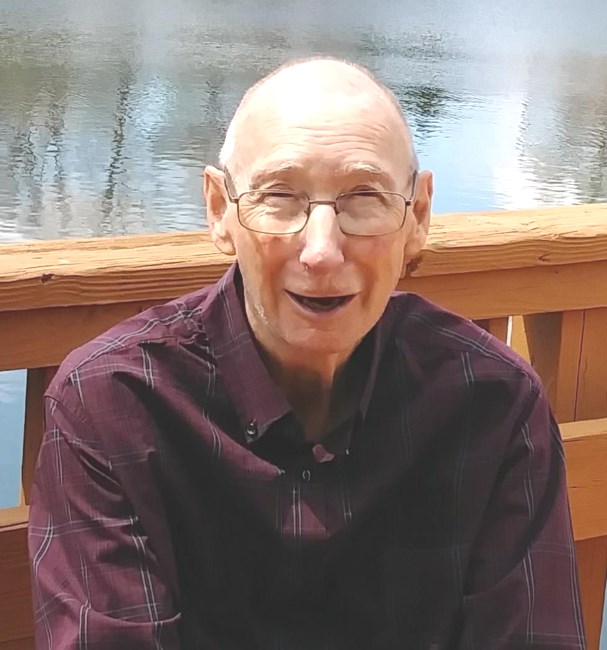 Harold Lyle Easley of Raytown and Kansas City, MO was born on Oct 16, 1935 in Kansas City, MO and attended Westport High School. After high school he made his way to FL to attend umpire school. Harold became a minor league umpire, travelling across the U.S and Canada umpiring games. One of his frequent destinations was Seminole, OK. There he met his wife of 61 years, Marrietta Christine (Chris) Timmons. They were married April 25, 1957. In March of 1958 they welcomed their first child. Harold made the decision to leave minor league umpiring because of the effect travel would have on raising a family. He eventually landed a job as receiving clerk with Katz Drug Company, who was bought by Skaggs Albertsons, then Osco Drug, and eventually CVS. He worked for them, and was proud be a member of the Teamsters Union for 38 years. During most of those 38 years Harold umpired little league baseball, adding high school and college ball to his resume. He and his wife Chris ran an umpire association for a many of those years, providing umpire services to much of the Kansas City area. He regularly umpired the Big 8 baseball tournament, and did the NCAA Div I College Worlds Series one year; where he had a nationally televised interview with Brent Musburger. In 1979, the Major League umpires started the baseball season on strike. Rather than cancel games, baseball decided to bring in replacement umpires. Harold umpired several Kansas City Royals games before the strike was resolved. His name made Sports Illustrated; as the very first batter, of the very first game, was thrown out of the game for arguing Harold’s call at first base. The next game Harold was umpiring home plate and that player led off the game again; and told Harold how it had been really cold and he didn’t really want to play that game anyway. There were no issues that game, or any other during his tenure. He also refereed basketball and football, and refereed a scrimmage for the Kansas City Kings, KC’s NBA team at the time. After retiring from his receiving clerk job, and umpiring, Harold enjoyed his new role as a crossing guard for the Raytown School District. He did that for 12 years before his health no longer permitted. Harold was diagnosed with Dementia and stayed in his home, caring for his wife (Chris), doing housework and yard work, as long as possible; but eventually He and Chris moved to Hidden Lake nursing facility. Due to the effects of his dementia, his last residence was at Seasons Memory Care in Kansas City, where he received loving care, passing away on Aug 12, 2018 at 1:55 pm. Harold accepted the free gift of salvation from Jesus in 2001. An ice storm had left a large number of homes and businesses without power, for 2 weeks or more. Around a kerosene heater in the basement of Beacon Free Will Baptist Church he joyfully found his Savior. Harold became an usher, and the greeter, for Beacon Church, until very recently before his passing. Harold is preceded in death by his wife Chris Easley, parents John and Celia Easley, brother Edwin Easley, and nephew Larry Easley. He is survived by his children, Howard Easley and wife Dawn of Raytown, MO; Kenneth Easley and wife Roxie of Mission, KS; Deborah Dukes and husband Robert of Raytown, MO; niece Cecelia Easley, grandchildren Darel Cornelius Jr (Jessica), Ashley Cornelius, Christian Middaugh, Chelsea Easley (Ben), Janelle Marcus(Thomas), Katherine Easley, Jennifer Easley, Phillip Easley, Patrick Easley, and David (Emma) Easley; plus 7 great-grandchildren, all of who will miss him greatly. Visitation will be Sat Aug 18 at 10:00 am at Beacon Free Will Baptist Church, 7920 Harris, Raytown MO. Funeral service follows at 11:00 am.
See more See Less

In Memory Of Harold L. Easley