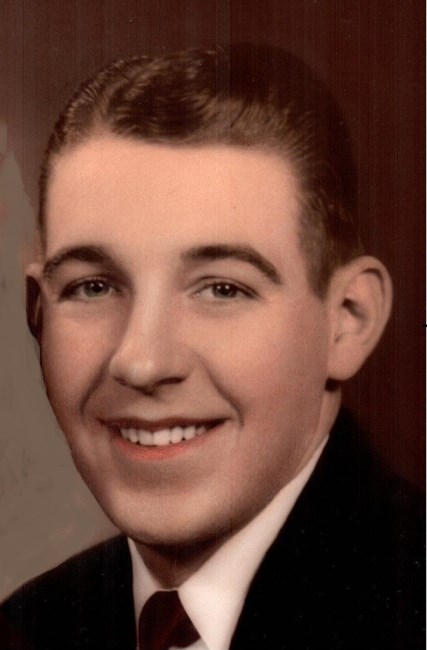 James William Lear, age 89, of Overland Park, Kansas passed away on Thursday, August 4, 2022. James was born in September 1932 in Merwin, Missouri to James Eugene Lear and Iva M. (Johnson) Lear. James had two brothers, Richard Lear and Robert Lear and has one surviving sister, Dorothy Evans. James married Eleanor Ann Haynes on March 22, 1953 in the Richmond Presbyterian Church. James and Eleanor were longtime members of Village Presbyterian Church in Prairie Village, Kansas. The Lear family includes his son, Bud Lear his wife, Denise, and their children, Jessica Lear, Kelly (Lear) Mancinelli and her husband, Justin, Brianna (Lear) Cutright and her husband, Austin, and Stephanie Lear along with one great-granddaughter, Ember Belle Cutright and son Bill Lear, his wife, Kathleen along with their son Schuyler. James had a long, distinguished career with Chevron-Texaco. He started with Skelly Oil in 1955, and though the name changed from Skelly to Getty to Texaco and then to Chevron-Texaco, James stayed with the same company for 30 years and worked his way up to Area Manager for Marketing and Transmission. He was also a loving husband and devoted father to his family. A visitation will be held at Mt. Moriah, Newcomer & Freeman Funeral Home, 10507 Holmes Road, Kansas City, Missouri 64131 at 10:00 a.m. on Wednesday, August 10 followed by a funeral service at 11:00 a.m. Burial will then take place at 1:00 p.m. at Richmond Memorial Gardens in Richmond, Missouri. Fond memories and expressions of sympathy may be shared at www.mtmoriah.net for the Lear family.
See more See Less

In Memory Of James William Lear