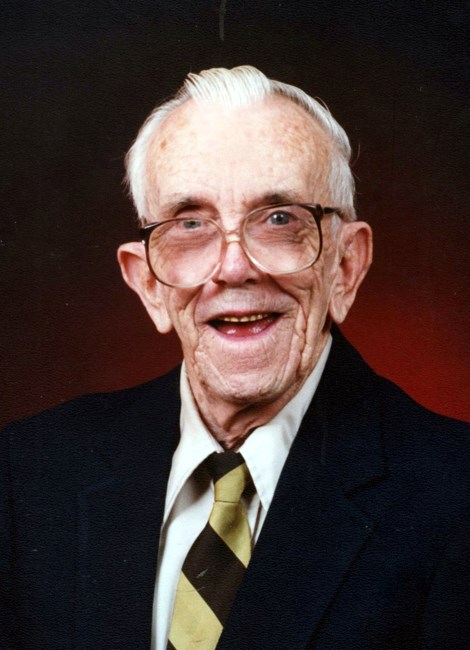 Joseph E. (Joe) Flavin, 94, passed away on Monday January 16, 2023, at Villa St. Francis in Olathe, KS. There will be a Rosary on January 22, 2023, starting at 4:00 p.m. followed by visitation from 4:30 p.m. to 6:00 p.m. at McGilley State Line Chapel. The funeral service will be on January 23, 2023, at 10:00 a.m. at McGilley State Line Chapel. The burial will be at Mt. Olivet at 11:00 a.m. Joe was born on October 23, 1928, to Daniel R. Sr. and Lucille (Collins) Flavin in Kansas City, MO. He had two younger siblings Marie Pace (deceased) and Daniel R. Flavin, Jr. He graduated from Lillis High School. After high school he went to work for the Gas Service Co. (Spire) for over 40 years as a collector. He worked as a custodian for 10 years at Notre Dame de Sion High School. In August of 1959 he married Beverly A. Bowman. Into this union they had 3 children, Mike, Tim, and Patty. Joe enjoyed watching and coaching sports for many years, he coached baseball, basketball, and football at Christ the King in Kansas City, MO. You could always catch him watching or listening to College football (Notre Dame) or the Chiefs, and many Royals games. After retirement “Joe Pop” or “Poppa Joe” helped Beverly with babysitting the “Little People”, he loved every one of you! A devout Catholic, Joe attended Mass daily at Christ the King in Kansas City, MO. He could be found sitting at home on the couch saying his many prayers or reciting the Rosary often. If you ever needed an extra prayer for anything, you just mentioned, “could you say an extra prayer for me” and you knew it was granted. His smile could light up a room, a true Irish gentleman. He is survived by his wife of 63 years Beverly of Olathe, KS, son Michael “Eddy” (Cathy) of Kansas City, MO, son Timothy D. “Slatz” (Paula) of Kansas City, MO, and daughter Patricia A. “Gracie” (Kent) Baker of Olathe, KS; brother Daniel R. Flavin, Jr. of Kansas City, MO; grandchildren Matthew Griffin, Amanda Flavin, Casy (Jake) Lawson, Natalie Flavin (Isaac Ray), and Stephanie (Adam) Gillihan-Hursh; great grands Harper, Logan, Olivia, Coulter, and Braxtyn; and many nieces, nephews and cousins he loved dearly. We would also like to thank Kim Arnoldi for always being there for us, for Mom and Dad. We would also like to thank the staff in the 200 Neighborhood of Villa St. Francis, we knew they were in good hands. The family asks in lieu of flowers you make contributions to Hospice of Kansas City, KS and Villa St. Francis.
See more See Less