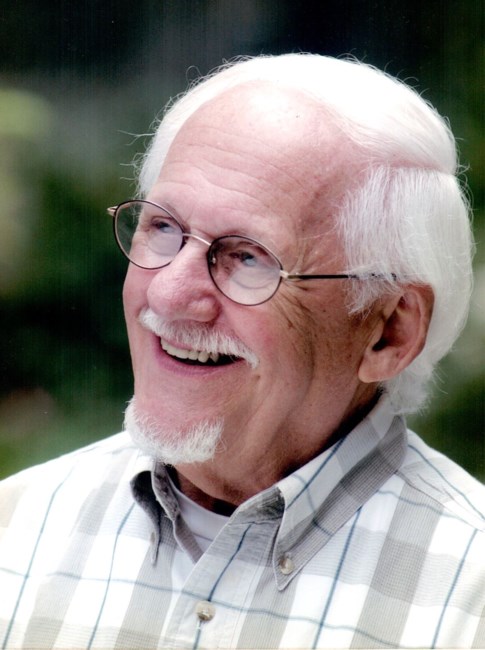 Reverend Lavern W. Ballard, age 93, of Kansas City, MO passed away on Monday, January 11, 2021. He will be laid to rest privately in Lake View Memorial Gardens in Fairview Heights, IL. A Celebration of Lavern’s Life will be held on Friday, September 17, 2021 at 3:00 PM, with a Visitation starting at 2:00 PM, at Pleasant Valley Baptist Church, 1600 Route 291, Liberty, MO 64068. Lavern was born on July 27, 1927 in East St. Louis, IL to parents Cora (Mayberry) and Henry Ballard. He was in the Class of 1944, Eastside High School then enlisted in the United States Navy where he served his country from 1944 through 1946. He met the love of his life, Luella Dykstra, in 1945, while stationed in San Francisco. Lavern and Luella were married August 15, 1948, and lived life together for 72 years until his passing. Lavern’s formal education included a BA in English Journalism from McKendree College in 1950 and a Master of Divinity from Southwestern Baptist Theological Seminary in 1954. Lavern worked in Civil Service for the United States Air Force for 28 years. His notable accomplishments included establishing and implementing the policies of Equal Employment Opportunity for a major USAF command. Lavern’s lifelong passion was leading people to Christ. The Lord used Lavern to share the Good News of Jesus to people in Taiwan, Indonesia, and Vietnam. He pastored churches in Texas, Oklahoma, Illinois, Missouri, South Dakota, Montana, North Carolina, Virginia, and West Virginia. He was also Youth and Music pastor for churches in Oklahoma, Arkansas, Illinois, Missouri, Kentucky, and South Carolina. Most recently he was active at Pleasant Valley Baptist Church. Some of Lavern’s favorite pastimes included decorating for Christmas and singing all types of music. Lavern is preceded in death by his parents; twin sister, Laverda; brothers, Otha and Daniel; and sisters, Lena and Edna. He leaves behind his wife; son, William “Bill” (Marilyn) Ballard; daughter, Jan (Malcolm) English; eight grandchildren; 18 great grandchildren; brothers, John and Raymond; and sisters, Bernetha and Henrietta to cherish his memory.
See more See Less