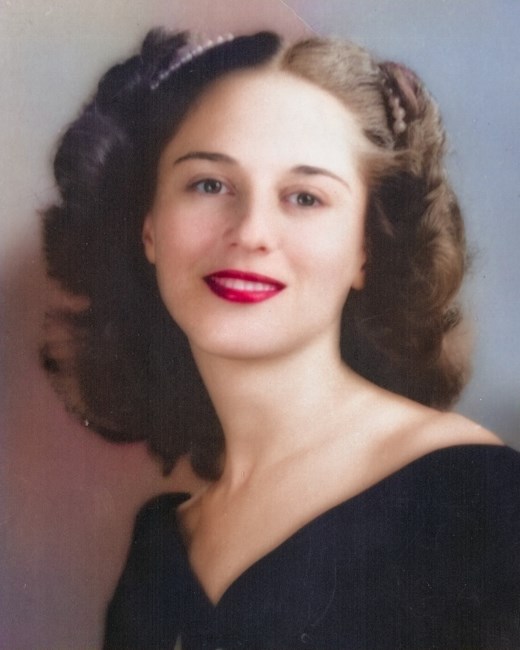 Born December 3rd,1928 in Kansas City, Missouri to parents Leo Reginald “Reggie” Gunter and Elizabeth Ernestine (Bradford) Gunter, Patricia (Pat) died on January 19th, 2023, peacefully at home. She was a loving wife to her husband of 73 years, Norman Orville Besheer, and dedicated mother to her four children Kimbrough Besheer, Christie (Besheer) Biggs, Jay Besheer and Zachary Besheer. She was an actively involved grandmother, fondly known as Mimi to ten grandchildren Samantha, Ashley, Adam, Sybil, Noah, Hayley, Bailey, Luke, Hadley, Daniel, step-grandchild Carter, and great-grandchildren Beckett, Charlie, Max, Violet, Scarlet, Claudia, Leona. Patricia grew up on the east side of Kansas City and remembers many hot summers (no AC) nights when she and her family - and hundreds of others - would bring a blanket to Swope Park and sleep open-air under the clouds, a much cooler alternative than a bed at home. She attended several elementary schools in the Kansas City, MO area. She later attended Paseo High School for her freshman year of high school, and she graduated from Central High School in 1946. At Central High School, she was very actively involved in various organizations as an officer of the Minerva Literary Society, president of Trouvere, the girl’s chorus and student council. Her grandfather, Luther E. (“Pop”) Gunter was the school’s cafeteria manager - fondly known for his fine meals all over the city - and her grandmother, Bertha V. Gunter, attended the candy counter in the cafeteria. At Central she met her future husband, Norman O. Besheer in January 1945. After graduating from high school, Patricia was off to Baker University, where she joined Zeta Tau Alpha Fraternity (Sorority), pledge class of ‘46. Pat maintained close relationships with many of her pledge sisters over the years, even in her late 80s, as she held friendships with multiple Zetas from various chapter organizations. After leaving Baker in 1948, she worked for the Southwestern Bell Telephone Company (now AT&T), as a secretary, taking dictation from several engineers. While Pat was attending Baker University, her husband Norman joined the U.S. Marine Corps. After coming home from his service in 1948, the pair married on June 25, 1949, at Linwood Methodist Church. The officiating minister was her cousin, Duff D. Waggoner, Jr. In 1971, Pat’s father Reggie Gunter passed down his pest control firm Gunter Pest Management to her husband Norman. As one of her careers, Pat worked for several years alongside her husband in the office and took great pride in helping raise their four children as a stay-at-home parent and as a very involved grandparent. Over the years, Pat continued to be very active and present in the community, and her family often chuckled at her consistently busy schedule. She was a proud board member of the Spofford organization, PEO, United Methodist Women, and one of her most fond volunteer ventures was teaching adults to read. Pat and Norman have been longtime members of Broadway Methodist Church (now Keystone United Methodist) in Waldo In 2015 Pat and Norm moved to Kingswood Senior Living at 10000 Wornall Road, where they made many new friends. She will be sadly missed by her family and many friends. A Celebration of Pat’s life will be held at Keystone United Methodist Church, at 1:00 PM on February 4, 2023. in lieu of flowers, gifts may be made to Keystone United Methodist Church, 406 West 74th Street. Kansas City, MO 64114
See more See Less

In Memory Of Patricia Ann Besheer