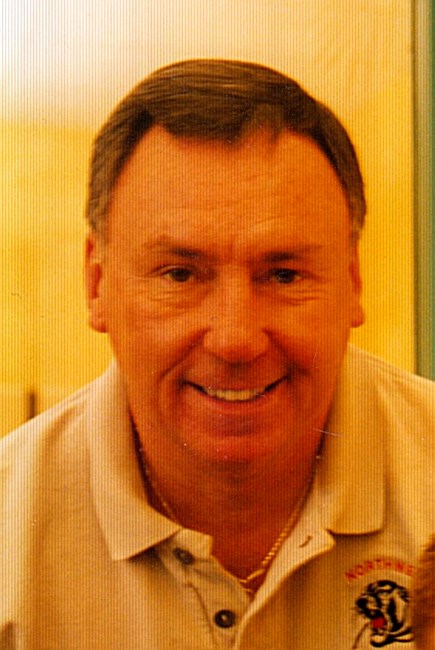 On November 17th, 2019, we lost a husband, father, grandfather, uncle, brother, and friend, and coach. Robert K. Tavernaro passed quietly in his sleep at the age of 76 in Mission, Kansas. He is survived by his wife, Mary, his daughter, Lynn Salisbury and (husband Randy), his son Bobby Tavernaro (wife Jennifer), and four granddaughters: Molly and Maggie Salisbury and Olivia and Sully Tavernaro. He is also survived by two brothers, Ron Tavernaro (wife Barbara) and Richard Tavernaro, along with many nieces, nephews, and cousins. Bob was born in Kansas City, Missouri, on July 30th, 1943, and spent his life in the Kansas City area where he taught and coached for over forty years. He was a thirty year Marine Corp Veteran, small business owner, member of the Catholic diocese of Kansas City, UNICO, and the Greater Kansas City Football Coaches Association. He attended Central Missouri State University on an athletic scholarship. During this time he met the love of his life, Mary Rast. They were married on January 2, 1965, and were still celebrating their life together fifty plus years later. Bob loved to entertain us all with his wonderful cooking, tall-tales, and jokes (insert eye rolls here)! He was the ‘life of the party’ and usually the last to leave! He began his teaching and coaching career at Southwest High in KCMO then continued on to Grandview, Bishop Miege, Shawnee Mission Northwest, Blue Valley North, Blue Springs, Raytown, and finally Miege again where he finished his coaching career. During his career, he was a part of teams that won many conference and state titles. He earned four conference ‘coach of the year’ awards, as well as the honor of being inducted into the Greater Kansas City Football Coaches Hall of Fame. His accolades and awards could fill pages, but his greatest legacy lies, not in the awards, memberships, or years of service, but in the hearts of kids: the kids he raised, the kids he taught, and the kids he coached. There were not many places that Coach Tav could go without someone knowing him and thanking him for one life lesson or another. A great coach never dies because they have given a part of who they are to each athlete. In the words of Vince Lombardi, “I firmly believe that a man’s finest hour is that moment when he has worked his heart out for a good cause and lies exhausted on the field of battle-victorious.” Coach Tav definitely lived up to these words and lived his life as an example to those countless students and athletes. He left this world after giving all he had to give; leaving his legacy behind to guide us all. Services will be held on Wednesday, November 27th at St. Agnes Catholic Church in Fairway with a celebratory funeral mass at 10:30 A.M. The family invites everyone to join them for a traditional Irish/Italian Celebration (in true ‘Bob’ fashion) at Bishop Miege High School. Food, drinks, and memories will be served after the mass to celebrate a life well lived!
See more See Less

In Memory Of Robert K. Tavernaro