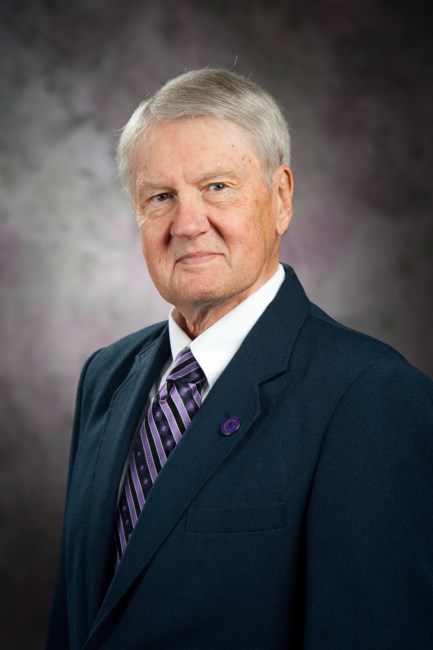 Robin Ernest Denell (Rob), 76, of Manhattan, Kan., passed away the evening of Friday, Nov. 23, 2018 in Kansas City, Kan. Rob was born in Peoria, Ill., the son of Robert and Verda Denell. Rob relocated to Southern California in his teenage years and later attended the University of California (Riverside), where he met his wife of 53 years, Margaret (Mardi) Denell. After finishing his undergraduate degree at UCR, Rob attended the University of Texas (Austin), where he received his Ph.D in Genetics. Post-doctoral study at the University of California (San Diego) and University of Edinburgh (Scotland) followed before Rob joined the faculty of the Division of Biology at Kansas State University (KSU) in Manhattan, Kan., where Rob and Mardi built their community and raised their two daughters. Dr. Denell joined KSU in 1973 and rose to the rank of University Distinguished Professor in 2000. As a pioneer and one of the founders of the Evo Devo field (the study of the evolution of developmental processes), he expanded his studies of homeotic mutants in the model insect Drosophila to study similar mutants in the red flour beetle in order to discover their roles in evolution and development. Mutations in homeotic genes are associated with changes in the insect body plan such that normal organs like antennae are transformed to alternate identities resembling legs. The relevance of this basic research became abundantly clear when it was demonstrated that all animals, including humans, possess these genes, and they play a similar role in development. Dr. Denell had more than 90 publications in scientific journals - including Science, Genetics, and Nature - that have been cited almost 5,000 times. He had papers in the Proceedings of the National Academy of Sciences in the 1980s, 1990s, and 2000s - meaning that his work had continuing and long-term impact. His research was continuously funded for 32 years by entities such as the National Science Foundation, the National Institutes of Health, and the American Cancer Society. In 2003, Dr. Denell was named the Director of the Johnson Cancer Research Center at KSU, where he expanded its mission from a nascent vision with the beginnings of an endowment to a professional institution supporting cutting-edge, interdisciplinary research in 100 laboratories across 20 KSU departments. Dr. Denell’s work and vision activated the advisory council to formulate the vigorous mission of the Cancer Center as it exists today. Rob played basketball for the University of California (Riverside) and continued to play ball with friends for years. Rob later became an avid golfer. Some of Rob’s cherished memories included family camping trips in “Marmalade,” the family’s orange VW camper bus, which could often be seen around town. Rob is survived by his dedicated wife, Mardi, daughters Marnette (Joseph) Falley and Megan (Robert) Huether, and three granddaughters, as well as sister Kathryn (John) O’Connell, brother Douglas (Susan) Denell, and extended family Dennis (Christine) Olin. Rob was a well-liked and respected member of the scientific community. His contributions there and to society were numerous and significant. He will be missed by the research community and his family and friends. Per Rob’s wishes, no traditional services are planned. In lieu of flowers, donations may be directed to the Johnson Cancer Research Center (www.cancer.k-state.edu) at Kansas State University.
See more See Less

In Memory Of Robin Ernest Denell