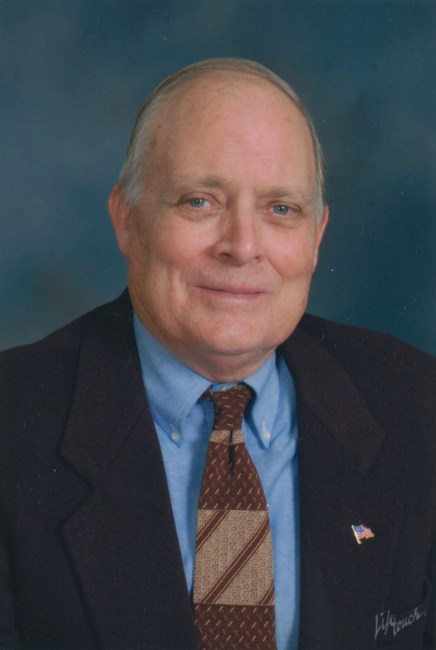 Thomas (Tom) Anthony Becker, 83, Overland Park, Kansas, passed away peacefully on September 18, 2022. He was born September 7, 1939, in Kansas City, Missouri, the son of John Paul and Katherine Cecelia Becker. He graduated from Rockhurst High School and attended Rockhurst College for 2 years. On one Enchanted Evening, October 29, 1960, Tom married his true love Theresa Lucille Frame, and once he had found her, he never let her go. They spent almost 62 years together and had five children. Tom was a member of the Church of the Nativity and a 4th degree Knights of Columbus Honor Guard. Tom joined the United States Coast Guard right out of high school in 1956 because he wanted to “see the world”. He was disappointed that his program involved 2 years in Kansas City before he could “see the world” and he entered Rockhurst College for those 2 years. He then met Theresa and did not want to leave so he changed his program and became a reservist. He was discharged in 1966 where he reached the rank of Radarman 3rd Class. He later went to work for Skelly Oil and over the next 35 years of mergers he worked for Getty Oil, Texaco and Chevron where he retired as a Regional Manager, Marketing Support. In 1993 he was awarded the Texaco “Super Star” which was awarded to only 1% of employees. He retired in 1998 and worked 4 years as a commercial real estate appraiser. Besides working he also served 6 years as a board member at Advice and Aid where he served as President and Secretary Treasurer. He also spent 6 years at Catholic Charities, 4 years on their Board and 2 years as their chairman. Tom was a family man and loved spending time with his family. In his spare time, he loved playing golf, fishing, bowling and photography. He became interested in photography at the age of 13 and it developed into one of his lifelong passions which he passed on to his daughter Maria. Tom was also an admirer of music. He had a great love of Classical music and Broadway Musicals. He spent many Sunday evenings watching the Boston Pops and went to countless Broadway musicals at Starlight Theater. Tom always considered his proudest moments to be the graduation of all 5 of his children from college and their productive lives. Survivors include his wife Theresa Lucille Becker, his children Bryan Thomas Becker, Judith Roseann (Mike) Gaito, Michelle Eileen Johanning, and Victoria Joanne Becker. His brother John Edward (Eva) Becker, his son-in law Christopher J. Fowler and his 5 grandchildren Jessica Kathleen, John Thomas (Kristen), Dominica Antonia, Daniel Michael and Anna Maria Gaito. He was preceded in death by his parents, his sister Kathleen Marie Becker-Christy, his brother William J. Becker and his daughter Maria Theresa Fowler. A Parish Rosary will be prayed at 9:30am, Thursday, September 29 at the Church of the Nativity, Leawood, Kansas followed by a Visitation. A Mass of Christian Burial will be at 11:00 am. After Mass the family will have a processional to Mt. Olivet Cemetery (7601 Blue Ridge Blvd, Raytown, Missouri). Instead of flowers the family asks that you make memorial contributions to St Jude’s Children’s Research Hospital, Advice & Aid or Catholic Charities.
See more See Less

In Memory Of Thomas Anthony Becker