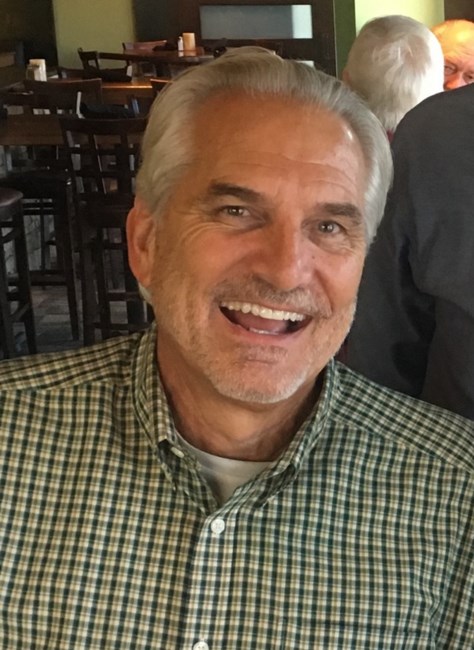 In Loving Memory of Timothy James McGovern Timothy James McGovern, 65 of Leawood, KS passed away Wednesday, March 23, 2022 at St. Luke’s South in Overland Park, KS surrounded by his family and friends. He chose to be a donor and has touched several others by improving their lives with his gift of life. Tim was born on May 27, 1956 in Kansas City, MO to his parents Paul and Loretta (Schad) McGovern. He was the fifth of six children, three girls and the youngest of three boys. He spent most of his youth growing up in Overland Park, KS playing 3&2 baseball, participating in Cub Scouts, and roaming the area neighborhoods including Metcalf South with his long-time friends. He spent many summers at Brookridge Country Club at the pools and learning to golf, one of his greatest passions passed on by his father Paul. Tim attended and graduated from Curé of Ars Catholic Grade School, then followed his two older brothers to Rockhurst High School and graduated in 1974 under the Jesuit’s watchful eyes – Men for Others. Like his father and oldest brother, he attended and graduated in 1978 from Rockhurst College, he even had the same religion teacher his dad and brother had, Fr. Freeman! He graduated with a degree in Communication and attended KU for additional classes. After graduating, he spent part of his summer selling encyclopedias in Texas and working for his older brother’s diving company. In 1980, Tim and his brother Mike moved their two businesses into their Grandma Schad’s Waldo Plumbing & Heating building in the Waldo area. This was the start of Metro Productions, Tim’s video production company he successfully owned and operated for more than 30 years. He brought a beautiful team of people together over the years and cultivated a culture of creativity and collaboration. Tim loved coaching his kids’ sports teams, walking up and down Mission Road daily with the family dog, cooking, golfing, and relaxing whenever he could. After his years at Metro, Tim worked in the field of commercial real estate. He had made the decision to retire from Tiehan Group this year to pursue more time with Vicki, kids, grandkids, and more golfing. We will miss his larger than life personality, quick-wit, and huge smile. Tim is survived by his 3 children: David Jesse, who currently resides in Moldova, Jessica (Jordan) Risinger of Shawnee, KS and Alex McGovern of Chicago, IL, 5 grandchildren Olivia Grace, Danny, Nick, Amelia, & Eleanor, as well as mother of his children Anne McGovern and significant other, Vicki Springs. Tim is survived by his three sisters, Kathleen Anderson, Loral (Kirk) Frohme, and youngest Sheila (Mark) Thill and two older brothers, Paul (Becky) and Mike (Tana). He is preceded in death by his parents Paul and Loretta Ann (Schad), paternal grandparents James and Loretto (Vandenburg) McGovern and maternal grandparents Albert and Anastasia (Alten) Schad, brother-in-law Roger Anderson and nephew Paul Anderson. Visitation will be held 9:00 – 11:00am Tuesday, April 5th at Curé of Ars Catholic Church, 9401 Mission Rd, Leawood, KS, with Mass of Christian Burial at 11:00 a.m., followed by urn burial at Calvary Cemetery for family. A reception and celebration will follow from 1:00 - 4:00pm at The Well in Waldo, across from the old Metro building, 7421 Broadway Kansas City, MO 64116. In lieu of flowers, memorial contributions may be made to the Loretta Schad McGovern Scholarship Fund at University of St. Mary, 4100 South 4th Street, Leavenworth, KS, 66048. The family is also collecting donations for a memorial bench that will be placed along one of Tim’s walking routes. Information will be shared at a later date.
See more See Less

In Memory Of Timothy James McGovern