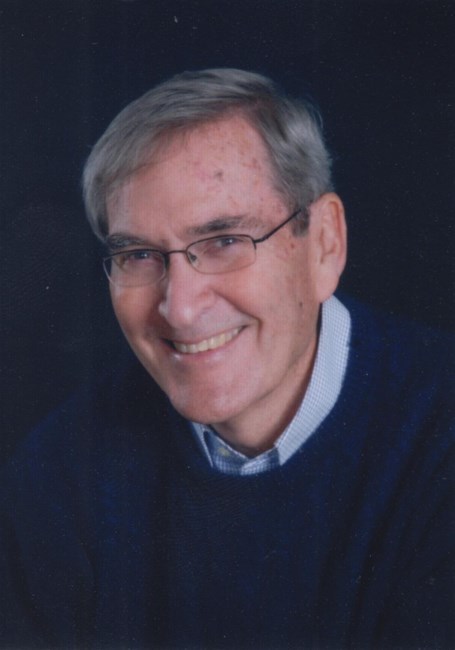 Thomas DeCoursey, age 78, of Leawood, Kansas, passed away peacefully at home on July 29, 2022, surrounded by family. Tom was born on August 19, 1943, the second son of Vincent W. and Helen (Clune) DeCoursey. His early life was spent in Kansas City, Kansas. In 1957, the family moved to Mission Hills, Kansas where he lived until he married. He attended Rockhurst High School in Kansas City, Missouri where he was editor of the school newspaper The Prep News, President of the Student Council, participated in athletics and involved in other school activities. Tom attended the University of Notre Dame obtaining a B.S. degree in Pre-Professional Studies in 1965. He was a devoted fan of Notre Dame and made annual trips to South Bend for football weekends until Joy’s and his health prevented him from doing so. He then attended law school at the University of Kansas where he obtained his J.D. in 1968, after which he joined the United States Peace Corps and served in Venezuela as an assistant to the mayor of a city near Caracas. Upon his return from the Peace Corps, Tom married the love of his life, Joy Claire Hemphill, in 1969. They were married for 51 years until the time of her passing in 2020. Tom began his legal career as a staff counsel with the Wyandotte County, Kansas Legal Aid Society and eventually became the General Counsel of that organization. In 1973, he entered the private practice of law in Kansas City, Kansas, and practiced there until his retirement in 2006. He was a member of the Wyandotte County, Kansas and American Bar Associations and the Kansas and American Trial Lawyers Association. He was respected throughout the legal community and made many lifelong friends. Within the local community, Tom was a member of the Terrace Club, Leawood South Country Club and the Serra Club. He served on the Boards of several community organizations in Kansas City, Kansas and was involved with fundraising for the United Way. He served on the Board of Directors of the First National Bank of Overland Park, Kansas; The Commercial National Bank of Kansas City, Kansas; and was an Advisory Director at UMB Bank. He was an original member of the Church of the Nativity in Leawood, Kansas, and served on various committees at the Church. Tom adored his children and grandchildren and had a special relationship with each of his five brothers. He had life-long friends from childhood, Rockhurst, Notre Dame and the law community that remained loyal and regularly met with him for social outings. He is remembered as a good and kind man who loved his community, his church, and his family with all his heart. Tom is survived by his two children Matthew DeCoursey (Jill) of Leawood, Kansas, and Robin DeCoursey Jenson (Chris) of Overland Park, Kansas; his four grandchildren Taylor, Dylan, Laurel and Cayden; his brothers Vincent DeCoursey (Mary Ellen), Stephen DeCoursey (Christa), and John DeCoursey (Joan); and numerous nieces and nephews. He was preceded in death by his wife, his parents, his brothers Robert DeCoursey and David DeCoursey, and many more beloved friends and family. A Rosary will be prayed for Tom at 5:30 pm on Wednesday, August 3 at McGilley State Line Chapel in Kansas City, Missouri, followed by Visitation from 6-8pm. Mass of Christian Burial will be held at Church of the Nativity in Leawood, Kansas on Thursday, August 4 at 10am. Burial immediately after Mass at Resurrection Catholic Cemetery in Lenexa, Kansas. Donations may be made in Tom’s memory to Ward High School (KC, KS), Rockhurst High School (KC, MO), or the University of Notre Dame.
See more See Less

In Memory Of Tom DeCoursey