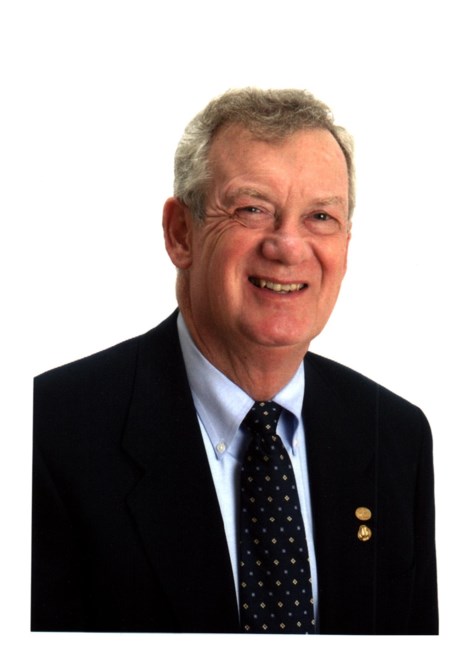 Dr. Vance Jacob Dykhouse had a quiet departure from a rich full life on September 18, 2022 at the age of 81. He was born on August 25, 1941 in Rock Rapids, Iowa to Jacob and Hermina Dykhouse. He leaves behind his wife of 57 years, Judy; his daughter Diane Knapp (Robert) and granddaughters, Morgan Hobbs (Conner), Allison and Nicole; his son David (Marsha) and grandchildren Sydney, Ryan and Logan- ”The Dykhouse Dozen”. Always a gentleman and a family man, he loved spending time with his friends and family. Some of his favorite times were taking trips to Hilton Head, traveling with his wife, attending his children’s and grandchildren’s activities, and cheering for the University of Oklahoma Sooners. Vance grew up on a farm and attended a one-room school where his mother was the teacher. He graduated from Luverne High School in 1959 and headed to Kansas State University and then transferred to the University of Oklahoma. While at OU, he was a Sigma Chi and made many friendships that lasted a lifetime. A blind date while in dental school led him to the love of his life, Judy (Puckett). He loved to tell the story of how it took him three months to get a date with his “Judy P.” Some of their longest friendships were cultivated when he served at the Dam Neck Naval base in Virginia Beach, Virginia from 1966-68 until they moved back to Kansas City for Vance to attend UMKC Orthodontic school. They lived out their vows together with selfless devotion and enjoyed a wonderful marriage together. Vance received both his D.D.S. and M.S. in orthodontics from the University of Missouri-Kansas City (UMKC) School of Dentistry in 1966 and in 1970. A humble and hardworking man, Vance set up his private practice in 1970 in and became Board Certified in 1978. “Dr. D” practiced in Kansas City/Blue Springs, Missouri for over 43 years. Vance relished his opportunities to teach and mentor future and current orthodontists. Orthodontics was not only his livelihood but his true calling. Throughout his career, he included teaching, research, and service to the orthodontics profession in addition to running his private practice. He served as a part time instructor for the UMKC Orthodontics department from 1976-1982 and 1990-2014. He was involved in teaching the Tweed study course in Tucson, Arizona from (1981-2010) and he served on the Missouri Specialty Board for 21 years. He was also the chairman of the board in 1981, 1984, and 1987. Vance was active in the Angle Society (Midwest Component) since 1988 and worked on the Edward H. Angle Society of Orthodontists on the admissions committee. He was also the past president of the American Society of Dentistry for Children, and the Tweed Study Club of the Midwest. Perhaps his biggest contribution to orthodontics was his service to the American Board of Orthodontics. In 1999, Vance was selected by his peers to an eight-year term as the Midwest Director to the American Board of Orthodontics. He served as president of the American Board of Orthodontics from May 2006 to May 2007. This group of esteemed colleagues and their spouses became like family. In 2014, Vance was honored with the Dale B. Wade Award of Excellence in Orthodontics by the American Board of Orthodontics. The ABO bestows this national award upon “an exemplary senior clinician and Diplomate who demonstrates exceptional dedication to orthodontics through clinical excellence and devoted teaching.” In 2009, UMKC awarded him with the “Distinguished Orthodontist of the Year” award from the Orthodontic Alumni Association. A gentle soul with impeccable attention to detail, it was only fitting that Vance found success and was well-respected among all those he taught and served with. He found joy and heartfelt happiness in helping people find pride in their smile. Despite his many honors and years of service in his profession, his family saw him first and foremost as Dad and Papa. He always made time for his family and never passed up a chance to tell his children and grandchildren how proud he was of them. Even more often than he’d say “Boomer Sooner,” he would say “family is everything.” His children realized early on that he was more comfortable talking about their achievements rather than his own. Vance was active in his church congregation and held many offices and served on numerous committees. He was involved in community work with Kiwanis and Raytown High School Booster Club. Friends becoming lifelong friends was a hallmark of Vance’s life. College roommates, dental school classmates, colleagues, patients, and his “office girls” enriched his life and added to the love he felt from his family. The family would like to thank the staff at Senior Helpers and The Key for their tender loving care they bestowed upon Vance in helping care for him in his home. They are also forever grateful to the staff at Sunterra Springs, One Community Hospice and Kansas City Hospice Wornall Home. Services will be held on Thursday, September 29th at Woods Chapel United Methodist Church. 4725 NE Lakewood Way, Lee’s Summit, MO. Visitation to greet the family will be from 2:00-3:15 with the service immediately following at 3:30. The family will hold a private family burial. In lieu of flowers, memorial donations can be made in Vance’s name to the Parkinson’s Foundation Heartland, 13451 Briar Street Suite 202, Leawood, KS 66209,: Kansas City Hospice, KCHPC, 9001 State Line Rd, Suite 300, Kansas City, MO 64114,: or One Community Hospice 15600 Woods Chapel Road, Suite A Kansas City, MO 64139.
See more See Less