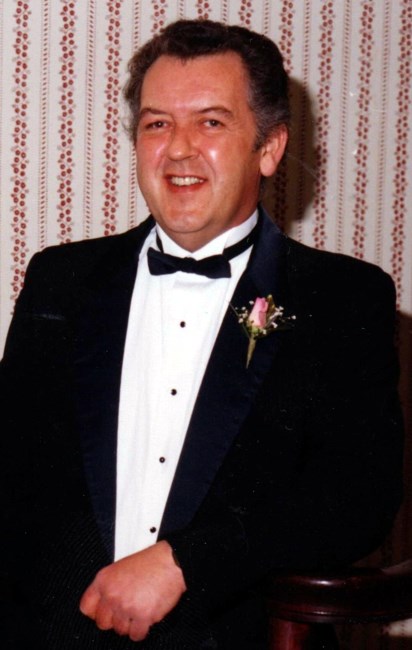 Drew is preceded in death by his parents, Phillip & Irene Haman of Aberdare, Wales, Great Britain.

Drew is survived by his loving wife, Sheila D. Haman of 26 years. They were married in Katy, Texas on December 31, 1989. He is lovingly remembered by his daughters, Tara M. Racer and R. Blythe Haman, son-in-law, Matthew T. Racer and daughter-in-law, Jennifer M. Tally. He was a wonderful husband and father and will be eternally treasured.

Drew was born in New Tredegar, Wales, Great Britain, in 1941. He graduated from Aberdare Boys Grammar School, in 1959. He attended the University College of Wales at Aberystwyth, where he earned a Bachelor of Science Honors Degree in Geology, in 1963. He was then awarded the J.J. Thomas Kendal Scholarship in Geology and completed his Ph.D., in 1966.

He emigrated from Wales to the United States to begin work as a micropaleontologist specializing in foraminiferology with Standard Oil of America and then transferred on to work with Chevron USA, Inc., Eastern Exploration Business Unit and Chevron USA Production Company, Inc.

He was a proud and active member of many Geology and Paleontology organizations and served as President of the Cushman Foundation during the 1986-1987 period. Drew published over 60 technical publications in national and international scientific journals and was an invited lecturer to Louisiana State University, UC Santa Barbara, Cal State Fullerton and Chapman College. He enjoyed a long and successful career in the oil industry and received numerous honors and awards in the advancement of his specialty.

While in college, Drew was elected Captain of the University of College of Wales Table Tennis Team and Capitan of the combined Welsh Universities Table Tennis Team. As a matter of fact, Drew and his team broke the World Record of Table Tennis endurance in 1961 by playing continuously for 30 hours and 3 minutes.

He enjoyed gardening, fishing, reading, and spending time with his wife, daughters and his pets Simba, Jessi, Truffles, Halle and Bella. He was a very organized and detail orientated family man who also worked diligently on family genealogy and the preservation of family photographs and historical family documents.

Byddant Fyw Heb Iddynt Fedd May all those live on beyond their death.

In Memory Of Drew Haman