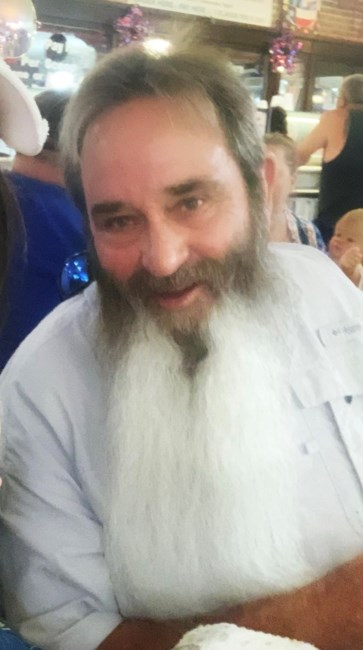 Mr. Jay William Chesser, 67 of Katy, Texas, passed away Sunday July 31, 2022, surrounded by his loving family. Mr. Chesser was born December 27, 1954 in Houston, Texas to Jessie Willard and Lenny Sofie Chesser. Jay was known by friends and family as “Bucky.” Bucky was a long time resident of Katy, Texas and graduated from Fredericksburg High School in 1974. He began his career when he started Chesser Insulation with his brother Buddy before he graduated high school. He continued his career in construction insulation until he ultimately founded his own company, Diversified Thermal. Bucky was excellent at building and repairing things and truly had a knack for construction. His tools of choice were duck tape and WD40. He was an avid saltwater fisherman and loved to captain deep sea fishing trips. He had a zest for life and got a thrill out of water sports and boats. He had a passion for music and was an excellent drum player. Bucky lived life to the fullest and loved those around him with a full and open heart. He also cherished time spent with his family and friends. His time with his grandchildren was extra special to him. Bucky was preceded in death by his parents; brother, Jess E. “Gene” Chesser; Sister Linda Sanders. He leaves behind his loving wife of 31 years, Yvonne Chesser of Katy, TX; Sons, Nicholas Jay Chesser and wife Brittany and grandchildren Jett and Harper of Leander, TX, Lukas William Chesser of Katy, TX; daughters, Cara Jennings and husband Brandon with grandchildren Hugh, Reese, and Cash of Llano, TX, Kathryn DeBord and husband Jesse “Wade” with grandchildren Cameron, Dylan, Joey, Ryan and Jesse of Edna, TX; brother Robert “Buddy” Chesser of Lubbock, TX and a host of cousins, nieces, nephews, family and friends. Bucky was a loving Husband, Father and Friend, and he will be greatly missed by all who knew him. The Chesser family would like to give a special thanks to the Memorial Hermann staff who took great care of him in his final days of life. A visitation will be held 12:00pm to 1:30pm Thursday August 4, 2022 in the chapel of Katy Funeral Home 23350 Kingsland Blvd. Katy, TX. 77494. A Funeral Service will be held on Friday, August 5, 2022 from 11am to 12pm. With a graveside service to follow at Forest Park East Cemetery. In Lieu of Flowers, the family requests that donations be made in Bucky’s name to the Coastal Conservation Association.
See more See Less