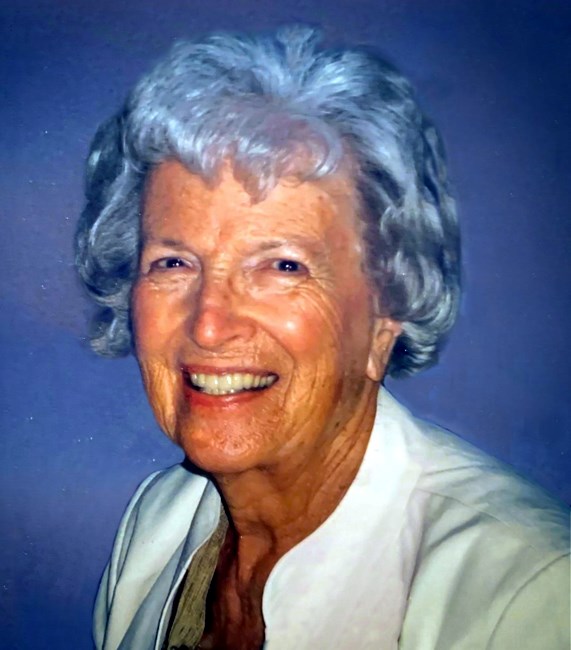 Katherine “Kay” Guenther, age 95, passed away peacefully on Monday, January 10, 2022, in Houston, Texas. Katherine was born on August 17, 1926, in the Bronx, New York City, to Ella and Thomas Sapontzis and she grew up there with her dear sister, Julia and brother, Steve. She was proud of her New York City background and she was energized by its vitality and diversity each time she returned. She was a graduate of Hunter College in NYC and worked at the Central Hanover Bank and Trust Company. She married the love of her life, Walter Guenther, in 1949. They later moved to suburban Nanuet,NY, where they happily and busily raised their four children. In 1971, the family moved to Houston, Texas, for another exciting chapter in their life together. One of her favorite places was the family summer home on the Shore in Highlands, New Jersey. She spent nearly every summer there since the 1940’s, welcoming her wide circle of family and friends to refresh and renew their ties. Time spent with her family was her greatest pleasure. She was always interested in the goings on in the lives of her children, grandchildren, and great grandchildren, and especially her sister Julia. She took great pride in her lifelong membership in the Greek Orthodox Church in New York and Houston and in her Greek heritage. She was a firm believer in building up all aspects of her community. She was a Girl Scout leader, a lifetime member of the League of Women Voters, an elementary school teacher, a teacher of English as a Second Language, and she took courses at Rice University until she was well into her nineties. She always was involved in a variety of projects, inspiring her family and friends with her optimism and enthusiasm for life. Katherine is survived by her son, Walt and wife, Lynda; son, Kurt and wife, Suzanne; son, Eric and wife, Michelle; and daughter, Janet and husband, Mark; eleven grandchildren and their families, including four great-grandchildren also continue her legacy. Kay will be deeply missed by her family and all the wonderful friends who meant so much to her. We would like to thank her friends and the staff at the Buckingham retirement community and especially her caregiver and friend, Sandra. Contributions in her memory may be made to the non-partisan League of Women Voters at lwvhouston.org/donate/ Burial will take place in Gate of Heaven Cemetery, Hawthorne, New York.
See more See Less

In Memory Of Katherine Guenther