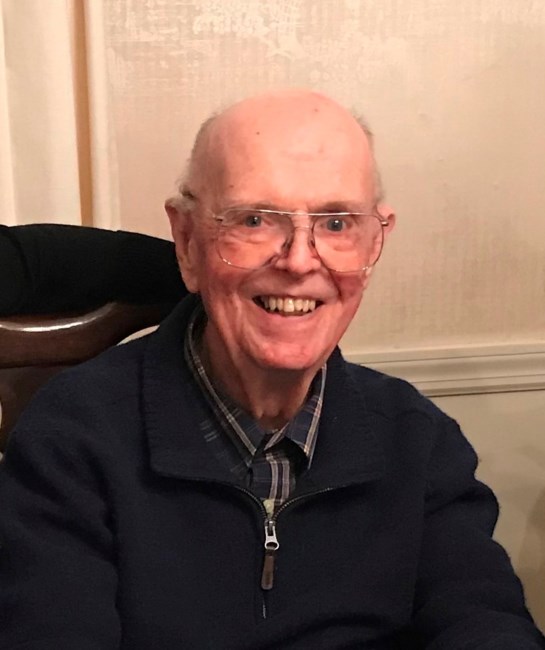 Frank H. Sloat, age 96, formerly of Keene, New Hampshire, passed away on December 5, 2018. He was born in Rye, New York on May 20, 1922, son of Joseph and Alice (Cullen) Sloat. Frank entered the service in 1942. He served with the 97th Bomber Group in North Africa and later with the 98th Bomber group in Italy. He flew 95 combat missions as a ball turret gunner in B-17 and B-24s and received many honors including the Distinguished Flying Cross, an Air Medal with 12 Oak Leaf clusters and the Purple Heart. He attended Kent State University before beginning his 35-year career with the 3M company. He retired as an account executive in 1984. He continued to be an ambassador for 3M throughout his life, He married Sara Fetridge December 27, 1946 in a ceremony in Rye, New York. They raised their two children in Norwalk, Connecticut. After retiring, they built a home in Keene, New Hampshire, where they made many close friends. In the past year Frank moved to Atria Delmar Place, Delmar, New York to be closer to his family. He was always active in his community serving on various boards and committees. He enjoyed working in his yard, traveling to many places around the world with his wife, watching football, particularly the Giants and later the Patriots, and spending time with his family. Frank is survived by his two daughters Stephanie Donnaruma and her husband, Jay of Delmar, N.Y., and Jill Antonucci and her husband, Robert of Canandaigua, N.Y.; his four grandchildren Sara (Matthew) Howard, Robert (Amanda) Antonucci, Colin (Cassandra) Donnaruma and Katharine Antonucci-Austin, and his seven great-grandchildren Harper, Bennett, Calvin, Douglas, Lillie, Madison and Leanah-Mae. His sister Alice Hickcox also survives him. His wife of 68 years, Sara Fetridge, and his brothers Joseph and Robert Sloat predeceased him. Services celebrating Mr. Sloat’s life will be held on December 27, 2018 at 3:00 PM at the Fletcher Funeral Home, 33 Marlboro St., Keene, NH 03431. In lieu of flowers, contributions may be given in Mr. Sloat’s name to the American Stroke Association (www.strokeassociation.org) or the American Heart Association at (www.heart.org). You can also mail a donation to either at PO Box 417005, Boston, MA 02241-7005. Donations may also be given in memory of Frank Sloat to the food pantry Community Kitchen, Inc., 37 Mechanic Street, PO Box 1315, Keene, NH 03431.
See more See Less

In Memory Of Frank H. Sloat