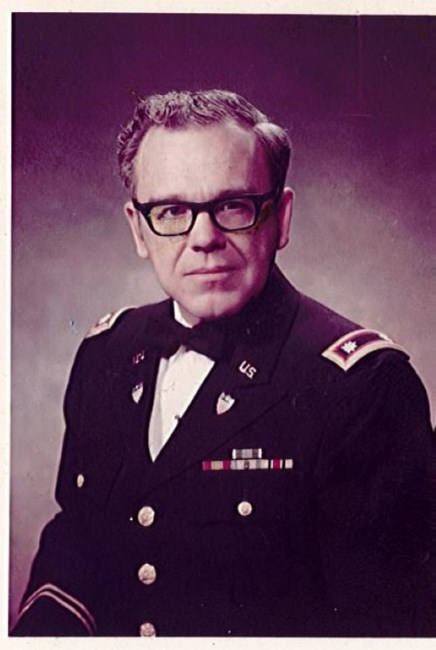 Robert W. Heald, 90, of Marlborough, died peacefully at his home on Saturday, December 28, 2019. He was born on January 5, 1929, in Walpole, the son of the late Earl and Elizabeth Heald. A long-time resident of Keene, Bob attended the Keene Elementary School system and graduated from Keene High School in the class of 1946 where he took pride as a tuba player in the school band. After completing two years at prep school in Tilton, New Hampshire, he enrolled at the University of New Hampshire where he majored in Economics and played in the band. Upon graduation from UNH in 1952, Bob was immediately drafted into the U. S. Army. Bob was stationed at Fort Knox, Kentucky for 2 years where he attended Officer Candidate School and was commissioned a second lieutenant. On being relived from active duty, he joined the army reserves where he became Personnel Director and Instructor at the 1034th army reserve training school in Manchester. Here he was awarded an Army Commendation Medal and retired as a Lieutenant Colonel after 35 years of service. Bob will be remembered for his work at the Heald Brothers’ Ice Creamery in West Keene and for serving as the Grand Marshal of the Keene Memorial Day Parade for almost 50 years. For many years, Bob ran an insurance agency at his home on High Street in Keene dealing with Property and Liability insurance. He was a Senior Member of the Keene Historical Society, the Sons of Union Veterans of the Civil War, the New Hampshire Veterans Association, the National Sojourners, the Reserve Officers Association, the Military Officers Association of America, and was a 60 year Member of Post #4 Keene American Legion. He will be missed by his many friends at Jerusalem Masonic Lodge #104 in Keene where he served as its Treasurer for 52 years and awarded the Major General John Sullivan Distinguished Service Award and made an Honorary Past Worshipful Master. He also served in the office of Grand Steward in the Grand Lodge of New Hampshire. He was also a Scottish Rite Mason where he received the Meritorious Service Award and coroneted a 33rd degree Mason in 1982, the highest level degree in Masonry. He was an active member of the Rotary Club of Keene for many years and served as its president in 1983 and 1984. Here he was awarded the Paul Harris Fellowship Award, the highest award given by the Rotary Club. He also performed his civic duties as chairman of the Marlborough Zoning Board from 1987 to 2003. He was extremely meticulous in his duties and became a teacher and mentor to all. He is survived by his cousin, Jane Heald, of Keene and was pre-deceased by his parents Earl and Elizabeth Heald. In keeping with Bob’s wishes there will be a Masonic service open to all at the Foley Funeral Home, 49 Court St., Keene, on Monday, January 6th at 11:00am conducted by members of Jerusalem Masonic Lodge #104. This service will be followed by a full Military Service at the Woodland Cemetery in Keene. In lieu of flowers, donations may be made in Bob’s memory to an organization of your choice. The Foley Funeral Home is assisting the family with these arrangements. Please visit www.foleyfuneralhome.com to leave an online remembrance.
See more See Less

In Memory Of Robert W. Heald