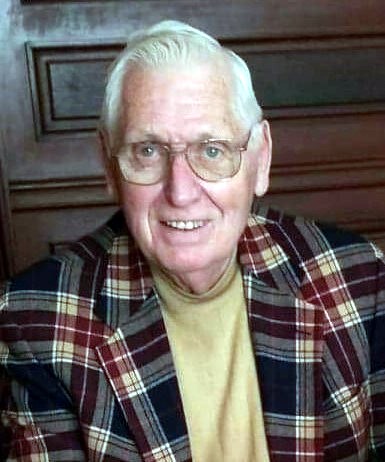 William “Bill” Earl Hetherman Jr. 87, passed away peacefully Wednesday, May 11, 2022 after a brief illness, with his family by his side. William was born November 1, 1934 to Anna Frances (Carroll) Hetherman and William Earl Hetherman Sr. in Keene, NH. He is survived by his devoted wife Elizabeth Pearcy whom he married November 11, 2005. They would have celebrated 17 years of marriage this fall. He is survived by his children, son Michael Hetherman of Keene and daughter Moira Hetherman-Croteau (Steve) of Keene. His pride and joy his grandchildren Liam James and Ronan Joseph Hetherman of Pembroke, NH, McKinley Beth and Denali Cassin Croteau of Keene. Nephews, Robert Johnson (Christine) of The Woodlands, Texas, Thaddeus Johnson (Janet) of Walpole, MA, Seth Johnson (Kathy) of Shelton, CT, John Hetherman (Cheryl) of Novi, MI and Christopher Hetherman (Lisa) of Negaunee, MI. Nieces, Heather Magliozzi (James) Newton, MA, Margaret Hetherman of Brooklyn, NY, Heidi Maglicic (Scott), Roseville, Michigan. Great niece, Lilliana Hetherman, Brooklyn, NY. Stepchildren Barbara Wanamaker (Greg) of Oxford, CT and Charles Pearcy (Mary) of Norfolk, VA. Step Grandchildren Amy Warren (Joe), Jaclyn Sauve (Eric), Carolyn Sasone (Walter), Catherine Worrell (Travis), James Wanamaker, Christopher Pearcy, Phillip Pearcy He is predeceased by his parents, his daughter Elizabeth “Beth” Hetherman, his sister Ann H. Johnson, and his brother Dr. John Hetherman and his beloved dog Minnie. Bill grew up in Keene, NH and attended St. Joseph Regional School, and was a class of 1954 graduate of Keene High, where he excelled in athletics, following his graduation from high school he attended Keene State College. He was a retired NH State Employee, was a member of the Knights of Columbus as well as the Elks Club. He was an accomplished licensed pilot. Bill was an avid football fan and spent many Saturday afternoons attending Keene High School football games with his children when they were young as well as following local football stars on the college football circuit. Bill had a love for planes and always enjoyed attending airshows with his son and grandsons. He loved a good pizza from Athens and enjoyed the comradery of Chris and Jimmy Glimenakis. He was especially proud of the accomplishments of his granddaughters in the medical field and bragged at any opportunity he could to let someone know that they were pursuing careers in medicine. He would withstand cold, wind and sometimes snow to watch his grandchildren play field hockey, lacrosse, soccer, little league and ice hockey. He was their biggest fan. Bill was a devout Irish Catholic and extremely proud of his heritage. His faith was very important to him. He was a member of St. Bernard’s Church where he also served as an usher at the 11:15 Sunday mass for many years. He enjoyed good jazz, Texas Walker Ranger and John Wayne movies no matter how many times he had seen them. He always shot from the hip and his favorite saying were “If you can’t stand the heat, get out the kitchen,” and “Between you, me and the lamppost.” There was never a day that Bill did not put down $2.00 on the counter for a lottery ticket. If they came from his good friend Marty in Florida, even better. He treasured his times having tea and conversation with good friends at local establishments. He will be dearly missed. Family and Friends are invited to call at the Foley Funeral Home, 49 Court Street, Keene on Monday, May 16th from 5:00 to 8:00 p.m. A mass of Christian burial will be celebrated in St. Bernard’s Church, 185 Main Street, Keene on Tuesday, May 17th at 11:00am. Burial with committal prayers will follow at St. Joseph Cemetery, Main Street. The family ask that mask be worn to all services. In lieu of flowers Bill has requested donations be made in memory of the Hetherman family to St. Joseph Regional School & Our Lady of Mercy Academy, Attention: Principal Christopher Smith, 92 Wilson Street, Keene, NH 03431.
See more See Less

Visitation and Celebration of Life