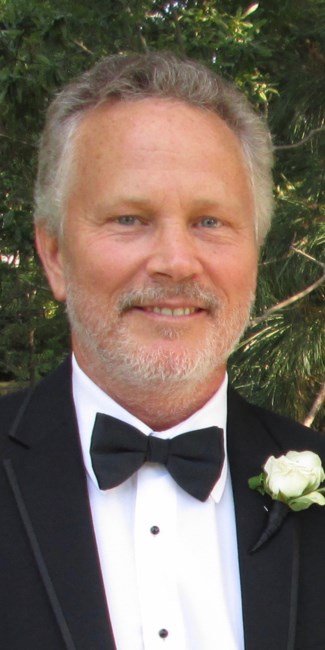 Jeffrey Byron Epperson was born to Marie and Colonel Roscoe Epperson on February 5th, 1959, in Lake Charles, Louisiana. As an Air Force “brat”, Jeff lived all over the world during his childhood, from Louisiana, Texas, Florida, North Carolina, and Las Vegas to Japan, and Italy. Jeff spent most of his high school years at Forest Sherman HS in Naples, Italy, where he was a National Honor Society member while excelling as a student-athlete. He served as captain of the football team and was recognized as an all-conference football and soccer player. Jeff returned to the states to attend Virginia Tech (VT) in Blacksburg, VA. His claim to fame at VT was walking on to the football team as a middle linebacker and proceeding to break the starting quarterback’s hand during fall camp! Jeff went on to obtain his Bachelor of Science Degree in Accounting, earned his CPA, and worked in healthcare for most of his career. Post-grad, Jeff once again moved abroad for a job opportunity in the United Arab Emirates. There he met his darling wife, Laura. While in the UAE, Jeff loved to play rugby and was dubbed “Rip Van Epperson”, given his keen ability to fall asleep during parties (a trait he lovingly passed on to his three children). Shortly after getting married in 1988, Jeff and Laura moved to Texas where they lived and raised their three children. Jeff’s weeknights and weekends were filled with his children’s many soccer practices and games, and when he had any free time, he enjoyed meeting up with his buddies to watch EPL soccer or Six Nations Rugby. Jeff enjoyed traveling, spending time with family and friends, hunting, playing golf, and skiing. He had a passion for music and loved to sing and play the guitar. Jeff was an avid lover of Scotch – Oban was his favorite, but he was not one to discriminate! Jeff was diagnosed with a type of brain tumor, glioblastoma, in March 2021. He outlived the norm by 3 months, spending those 18 months traveling all over the states with his wife and children. All knew Jeff to be gentle, kind, loyal, and albeit a man of few words – hilarious! He was a loving husband, son, brother, father, and papa, and will be sorely missed by all who knew him. Jeff is survived by his mother, Marie; his wife, Laura, and their three children, Derek [and wife Hannah], Ryan [and wife Alexa], and Taylor; his grandson, Everett; and his brother, Gary [and wife Kathy]. A funeral mass for Jeff will be held Wednesday, September 21st, 2022 at 1:30 pm at St. Elizabeth Ann Seton Catholic Church, 2016 Willis Lane, Keller, TX. The mass can be livestreamed at: https://seascc.org/worship/livestream/ In lieu of flowers, the family requests that donations be made to: Baylor Neuro-Oncology Foundation: http://dallasfoundation.bswhealth.com/ways-to-give/donate Under designation, please select “other” from the dropdown list, then type in: Baylor Neuro-Oncology Foundation Checks may also be mailed to: Baylor Neuro-Oncology Foundation c/o Karen Fink, M.D., Ph.D. 3600 Gaston Avenue, Suite 100 Dallas, TX 75246
See more See Less

In Memory Of Jeffrey Byron Epperson