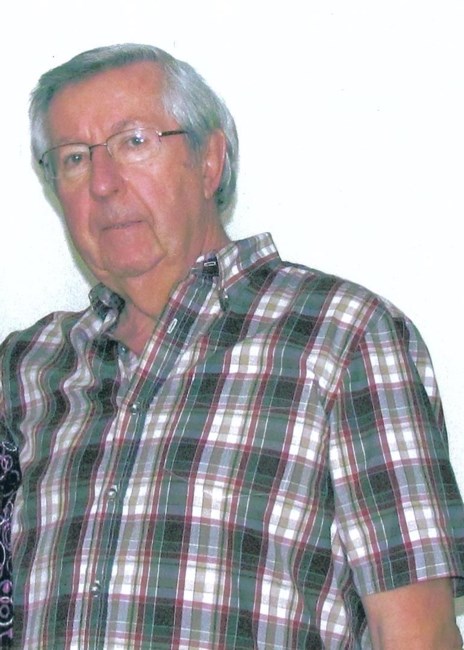 Cook, Charles William (Chuck) 1942 - 2022 After a brief illness, Chuck passed away peacefully in Kelowna General Hospital on July 27, 2022, at the age of 79 with his wife Betty (nee Setchell) of 57 years at his side. Chuck was predeceased by his father J C Cook and his mother Meshalla Leitner. Chuck was born and educated in Regina, Saskatchewan. After a successful real estate career he became a business owner. His company was the first to build and install satellite dishes in Regina. In 1992 Chuck and Betty relocated to Westbank, BC where he continued his work in satellite repairs. They moved to Kelowna in 1999 where Chuck was a partner in the business All About Satellite until he retired. Chuck’s interest in radio controlled (RC) airplanes began in Regina and continued for years in Central Okanagan. He built several of the planes he and Betty flew. They travelled extensively to RC meets throughout western Canada. Chuck was accomplished in many hobbies including gardening and finishing carpentry. An informal celebration of Chuck’s life will be held on Monday, August 8, 2022 at 1:00 pm at Valleyview Funeral Home, 165 Valleyview Road, Kelowna. Donations in Chuck’s memory may be made to Kelowna General Hospital or the charity of your choice. Fond memories and expressions of sympathy may be shared at www.valleyviewfuneralhome.com for the Cook family.
See more See Less

In Memory Of Charles William Cook