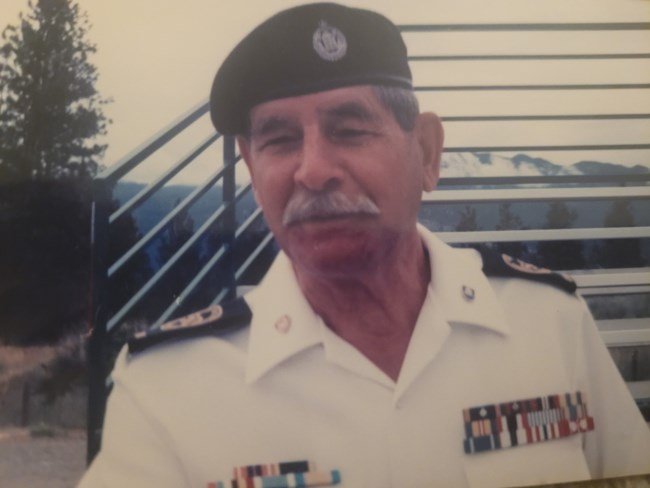 George William Barr MMM CD Very sad to announce the passing of George after complications from hip surgery at Kelowna General Hospital May 3, 2022. George was born, the youngest of 13 children at his parents farm in Bangor Saskatchewan 21 of February 1925. After a hard working youth on the family farm in 1943 George felt the call to serve his country and enlisted in the Canadian Army. He has stated on many occasions that another reason he joined the Army was to have the opportunity to see the world. He indeed accomplished his goal. After a very long career in the Canadian military, George eventually retired in Kelowna. He was a valuable and active member of the Royal Canadian Legion Kelowna Branch. He leaves behind his loving wife of 22 years, Carole who was indeed the love of his life. They were each others best friend and had many memorable adventures together. They were the perfect couple. He also leaves behind his son Mike and his daughter Viki. In lieu of flowers, the family request donations to be made to the Royal Canadian Legion, Kelowna Branch. A celebration of life is being held at the Legion on Sunday May 15, 2022 between 1-3pm Fond memories and expressions of sympathy may be shared at www.firstmemorialfuneralkelowna.com for the Barr family.
See more See Less

In Memory Of George William Barr