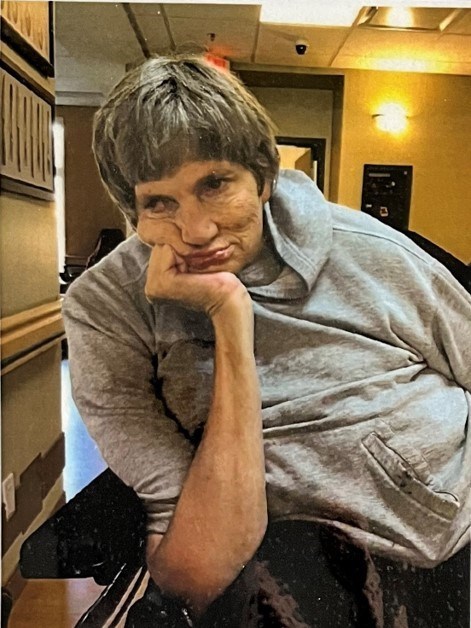 James David Froese James Froese was born September 27, 1959 in Terrace, BC to Hugo & Anna Froese. He was the third of four children and lived with his parents well into adulthood because of a life-long disability. When his parents moved to Enderby, BC he chose to move out on his own and lived in a couple of care facilities in Vernon until he moved to Monashee Mews in Lumby, BC in 2012 where he passed away on September 16, 2022 at the age of 62. James was predeceased by a brother Arthur (1985) and his parents, Hugo (2009) & Anna (2006). He is survived by a sister, Cathryn (Joseph), brother Gerald (Christine) and 6 nieces and nephews ( Karina, Jenneke, Robyn, Jeremy, Daniel and Matthew). There are also 7 great nieces and nephews (Zsakira, Ryken, Deklan, Keira, Jaxon, Alyana & Caleb). James loved so many things in life from his favorite tv shows, jukebox oldies, building models, going for long rides in his wheelchair and talking to anybody and everybody he came across. The residents and staff at Monashee Mews were his family and friends during his last ten years. He leaves us with a strong resolve to remember and emulate his indomitable spirit and endless optimism. Fond memories and expressions of sympathy may be shared at www.firstmemorialfuneralkelowna.com for the Froese family.
See more See Less

In Memory Of James David Froese