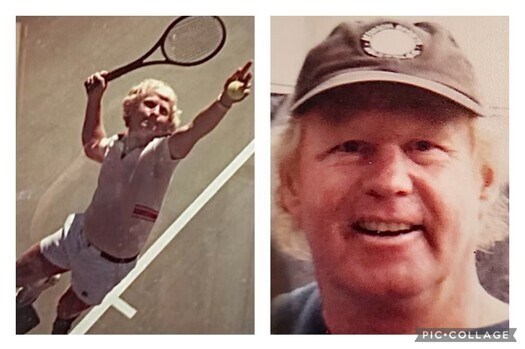 Kerry was born in Campbell River, B.C. where he attended school and began his love of tennis at around 12 years of age. At the age of 17, Kerry moved to Kelowna where he began working as a tennis instructor. A tennis highlight was winning B.C. Men’s Doubles championship in the 1980’s. He made numerous friends and acquaintances in those 50 years and never forgot a name right to the end of his life. Stories too numerous for this venue, we look forward to gathering his friends together and sharing fond memories. He had 2 siblings, Sandy Waters, who predeceased him in 2009 and a younger brother, Tom Bourdon, who resides in Kelowna. He was predeceased by his mother, Adina, when he was in grade 11 and later his father, Sid. A celebration of his life will be held later in the spring, details to be announced. A “Kerry Bourdon Tennis Scholarship Fund” is being set up to support tennis in Kelowna and to commemorate Kerry’s long contribution to tennis in Kelowna. For information regarding the scholarship fund, email “Kbourdontennis@outlook.com”
See more See Less

In Memory Of Kerry Richard Bourdon