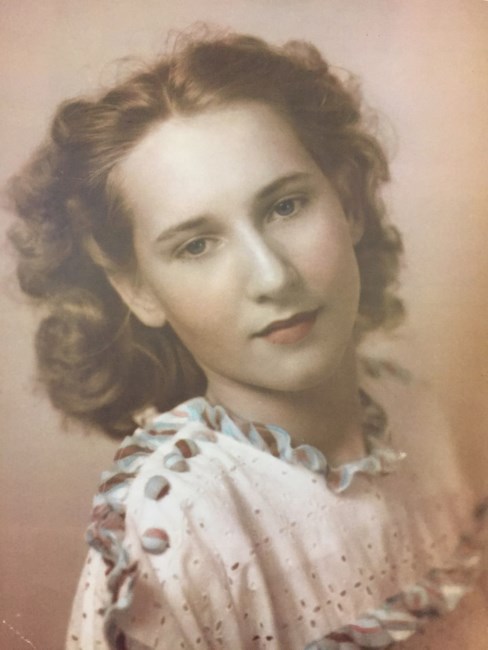 Mary (Emma) Ireland Bird passed away in Phoenix, Arizona at 4:10 am on May 10, 2022. Her husband, Dr. Robert C. Bird, preceded her in death on September 26, 2013. Mary is survived by four children (Dr. Steven Bird, Timothy Bird and his spouse April Bird MA, Dr. Sandra Bird, and Carol Mellis MM and her spouse Mark Mellis MM), many nephews and nieces, nine grandchildren and nine great grandchildren. Mary was born to Leo Ireland and Ruth Nipper Ireland in the town of Hosford, Florida. She was raised there until the family, including all the Ireland girls (Nadine, Hellen, and Gloria), moved to Blountstown, Florida in 1941. Later the family moved to Whigham, Georgia where she started high school and then finally settled in Tallahassee, Florida where Mary worked as a secretary for the Governor’s “First Lady”. She followed with similar work for the Corps of Engineers in Clewiston, Florida. There she met Bob Bird, fell in love and married in a matter of two months. According to Mary (from her autobiography, “Shared Moments in Time”), his open and reassuring manner attracted her immediately. “We were married in a small church in the town where we both had migrated - he to accept his first teaching assignment and I to work as a secretary following my successful passing of the Civil Service exam. With him I felt the freedom to grow as an individual while, at the same time, I learned to be part of a new family which would increase to include two sons and daughters. We were rarely separated by distance but, when it was necessary, I was able to quell my loneliness through the exchange of letters and writing down my thoughts in the form of poetry.” “When you and I are far apart, I feel as though I’m missing three quarters of my heart The other one quarter I try to share with the others in my life who need my care But no matter how busy I am or what I do The one quarter I reserve for them keeps slipping back to you.” Mary described her life with her new family as nomadic – “we traveled to universities in North Carolina, Texas, and our home state of Florida”. She would work as a teacher’s aide in many of her children’s elementary schools, teaching reading and writing. Mary was an excellent writer and would eventually develop a regular avocation for writing poetry. “Our lifestyle of moving about while the children were growing up lent itself to imaginative ideas for indoor entertainment, and the public library served us well. Once for example, following the directions in a book, the children built instruments for a marimba band from scraps of wood and some string. Together they were able to produce a melodious sound, until the question of leadership arose between the youngest and the oldest. [Oddly enough, they both eventually became professional music directors]. I became aware of the fact that I was partly responsible for instilling in them something of great value that they will carry with them for the rest of their lives - a sense of creativity.” “When our oldest child reached high school, we decided it was time to settle down. Ultimately, we settled in Orlando, Florida, where my husband taught at the University of Central Florida. When the two middle children reached junior high, it became apparent to me that mothers serve best sometimes in the background, and I began to look for ways to enhance my life. I decided to attend community college in hopes of someday earning a degree which would assure me an interesting way to use my time when they were no longer my charges. Eventually I enrolled at the University of Central Florida and had the pleasure of graduating with our second son in 1981.” With her BA in sociology, Mary was able to work as a social worker for the Orange County Public School System. As grandchildren entered their world, she and Bob retired from their work and set off on the road again in a large travel trailer to visit and help. After a few more years living as “nomads”, they decided to settle in the Tallahassee area where several of Mary’s relatives lived. Later they moved to Kennesaw, Georgia where their oldest daughter worked and then moved down south to Tifton to be close to her childhood friend, Sylvia Taylor. When Bob died, Mary moved back to Kennesaw to live with her oldest daughter and then eventually moved out to Phoenix to an assisted living apartment near her youngest daughter. Mary died peacefully in her sleep at the Lund Family Hospice Home Valley and was regularly visited by her family throughout her last days. She leaves us with the following words of wisdom. “It would be nice to have all your colors always blend together To reap success because you really tried A world without variables and imperfections Would do wonders for your basic sense of pride. But when life awakens you to the human condition And you search your soul with the inevitable questions – Why? It’s time to draw support from those around who love you And to rethink, restructure and retry. If your efforts change the variables a little And fate and timing play an active part Your colors will come together in great profusion And you’ll live the dream that’s hidden in your heart.”
See more See Less

In Memory Of Mary Ireland Bird