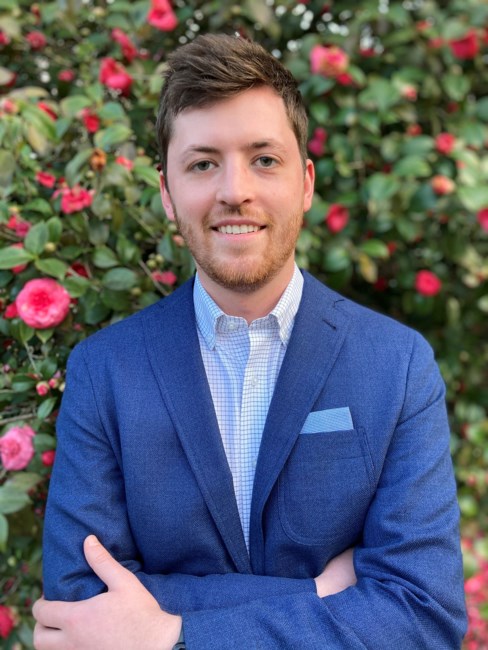 On August 11, 1994, Steven Keith Barker entered this world via the big city of Atlanta and was welcomed by his parents, big brother, and a large extended family. Steven was a beautiful baby with dark hair and eyes and flawless skin who drew the attention of strangers and was paraded around the pediatrician’s office by the nurse for being so cuddly. Steven grew up in the Chestnut Hill neighborhood of Acworth, GA, living the first seven years of his life on Gaillardia Way before moving to Day Lily Way, where he thrived. There, Steven was surrounded by a host of friendly and supportive neighbors whose children would become his lifelong friends. Summer morning swim team practices and weekly swim meets at the Chestnut Hill pool were a highlight for Steven, who was a talented swimmer. In middle school, he placed 1st in the freestyle relay and 3rd in the butterfly stroke while representing Cobb County at Georgia’s statewide swimming championship. He also enjoyed neighborhood tennis and playing football for the Woodstock Junior Wolverines. Later, in high school, Steven discovered his passion for lacrosse, which he lettered in as an upperclassman. Beyond community sports, Steven enjoyed playing in his backyard creek and lake, roaming the neighborhood with his troupe of buddies, and snuggling with Rico, the beloved family dog. Steven was raised within the Powers Ferry Church of Christ family, where he was baptized, benefited from spiritual learning, and developed relationships with more children who would become lifelong friends. He also enjoyed a rich educational journey beginning at Piedmont Baptist Preschool in Marietta. He attended Chalker Elementary School, Palmer Middle School, and Kell High School, graduating in 2013. For college, Steven attended the University of Georgia, where he earned a bachelor’s degree in Environmental Health Science in 2019. After graduating, he worked first for the Chemours Company in Wilmington, DE, and most recently as an environmental specialist for the London-based consulting firm Environmental Resources Management. Steven considered this his dream job, viewing it as an unparalleled opportunity to engage with corporate America’s burgeoning environmental sustainability initiatives. Arya, Steven’s spunky German Shepherd, has been his most steadfast companion, friend, and support. Steven adopted Arya in the fall of 2016, selecting her from the litter of puppies because she was clearly the alpha. Together, they often spent time reveling in the beauty of nature—hiking, camping, and finding solace in connecting with the Earth. Arya remained by Steven’s side over the years, beginning with his college days in Athens, and continuing through career moves to Wilmington, DE, Atlanta, Augusta, and most recently Woodstock, GA. Beyond communing with nature and exploring new places, Steven spent countless hours in the backyard throwing the ball with his lacrosse stick for Arya. When relaxing at home, they often enjoyed watching Twitch streams, golf, and football together. Steven was especially thrilled to see the Georgia Bulldogs win the National Championship earlier this year. Steven had a gentle and sensitive heart, and he was deeply devoted to his family. Over the years, he demonstrated his care for them in countless tangible and intangible ways. From technology troubleshooting to automobile advice, it seemed like he could find a solution to any problem. And, in recent years, his concern for his grandparents’ health compelled him to help his grandmother attend to the physical needs of his grandfather over many months, including when he was receiving hospice care earlier this year. While Steven felt an intense responsibility to help those he loved and to positively impact society, he was also fiercely engaged in a personal battle to sustain his mental health. Motivated by care for his loved ones and hope for the future, Steven vigorously persevered through stretches of depression and anxiety that weighed heavily on him. The pain eventually became impossible to bear, and it tragically overtook him at Red Top Mountain, where he found peace. Although Steven has left this world, he continues to live on within our hearts. Grieving the earthly loss of our irreplaceable Steven are: brother, Nicholas Barker, sister, Katherine Barker, mother, Kim Stevens Barker, father, Joel Barker, and wife, Kathryn Barker. Steven’s beloved grandparents are Loretta Huggins Stevens (Nana), and Gwen and Lloyd Barker (Mawmaw and Pawpaw). Close family members on the Stevens side are aunt and uncle, Allena and Peter Harbeck, along with their son, August. Close family members on the Barker side are aunt and uncle, Rachel and Gary Yow, uncle, Stephen Barker, and cousins, Seth, Cami, and Zac Yow. Steven joined his grandfather, Lemuel M. Stevens III (Grandaddy), and uncle, John Patrick Stevens, in God’s eternal presence on July 22, 2022. To honor Steven’s passion for environmental sustainability, the family chose aquamation (water cremation) for the disposition of Steven’s earthly remains. We thank the Miller Funeral Home for providing this option and the Winkenhofer Funeral Home for graciously supporting us in our decision. Steven’s memorial service will be held Saturday, September 17, 2022 at the Winkenhofer Pine Ridge Funeral Home, 2950 North Cobb Pkwy, Kennesaw, Georgia 30152. There will be a visitation from 1:00pm to 3:00pm, the memorial service from 3:00pm to 4:00pm, and a reception from 4:00pm to 6:00pm. In lieu of flowers, contributions in Steven's memory may be made to a GoFundMe for Arya Barker, Steven's beloved dog, at: www.gofundme.com/arya-barker-trust-fund The family has also created an Instagram account to share updates about Arya's life at: www.instagram.com/stevensaryalegacy/
See more See Less

In Memory Of Steven Keith Barker