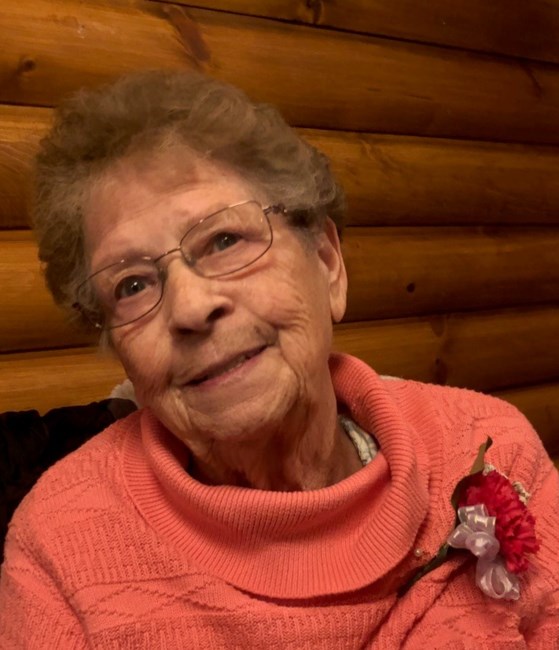 Joan Barbara Griffiths – nee Fadden (December 4th, 1937 to July 25th, 2022) The family is saddened to announce the passing of such a great lady, sister, mother, grandmother, great-grandmother, auntie, and friend. Joan passed away peacefully at home on July 25th, 2022 with family by her side. Joan is survived by her sons Bruce (Dianne) and Perry (Myrna) Griffiths, and daughter Melodie (Roger) Doucette. She is also survived by Marilyn (Robin) Hill, Barry (Peggy) Edwards, and sister-in-law Shirley Carnegie. Her grandchildren Nancy (Lance) Hatch, Anthony (Ashley) Griffiths, Amber Griffiths, Alexis (Phil) Boucha, Andrea Doucette, Jhan (Erica) Czajkowski, and Jhustin (Mikaela) Czajkowski. Her memory will also be cherished by her great grandchildren: Anaïya, Allen, Jackson, Kamden, Christopher, Heath, Maggie, Everett, William, Soraya, Mathis, & Miller. She is also survived by numerous nieces, nephews, cousins, and many dear friends including Harry Smith, Bob & Lainie Smith, Pat & Dick Tolten, and Floyd & Judy Comrie. Joan is predeceased by her husband Arthur “Buck” Griffiths in 2015. Other family members include Annie & Bill Fadden, Edna & Frank Edwards, Clarence & Sigrid Fadden, Maude & Bob Calder, “Smokie” & Eva Fadden, Evelyn & Bill Wright, Dorothy & John Pietila, Stanley Fadden, Kenneth & Phyllis Fadden, Lorraine & Mick Whiting, and Reginald Fadden. Her dear friend Theresa Smith. She is also predeceased by numerous nieces, nephews, aunts, uncles, and other relatives. Joan was born December 4th, 1937 in Rainy River, Ontario to the Fadden family. She attended school in Morson, Ontario before the family moved to Sioux Narrows & making that their home. Joan was blessed with that life and learned the art of fishing and hunting alongside her family. In 1954, she met “Buck” Arthur Griffiths & was married in October 1955. They found their soul mates & were together for 60 years. For 3 years, they resided on Rabbit Lake Road. They then moved to the old Redditt Road which is now the Greenwood Road and remained there for 17 years. They moved to Winnipeg River in 1975 and have been there ever since. In her early life, she worked as a cook at various locations in Sioux Narrows and Kenora. In 1979, she and Buck established their own company “Bucks Backhoeing”. In recent years, she looked forward to her weekly card game and her card playing friends will remember and miss her dearly. Joan showed us the human strength in her battle with cancer. She taught us all great lessons about life including the value of family. She was one of the most inspiring people that we have had the pleasure of knowing & to have loved so dearly. We were lucky to have known her. The celebration of her life will take place on Friday, August 12th, 2022 at 2:00 pm at Brown Funeral Home & Cremation Centre in Kenora with an open gathering at her residence on 222 Villeneuve Road. You can also attend the service through live stream at https://funeraweb.tv/diffusions/58510 If desired, donations may be made in memory of Barbara Joan Griffiths to Tamarack House in Thunder Bay or a charity of your choice. Fond memories and expressions of sympathy may be shared at www.brownfuneralhomekenora.com for the Griffiths family.
See more See Less

In Memory Of Joan Barbara Griffiths