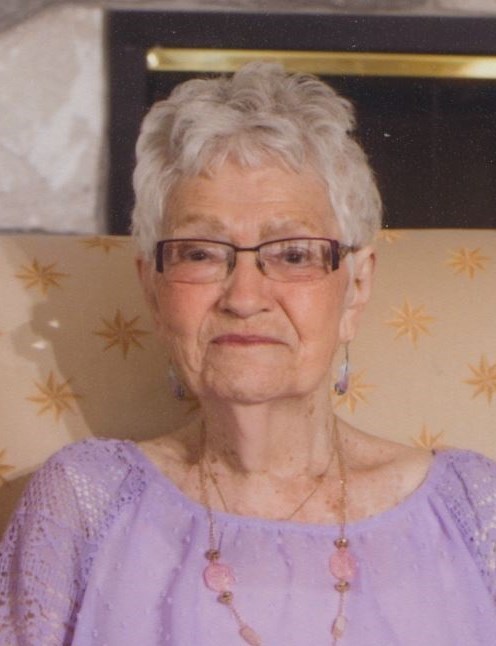 Margaret passed away on Saturday, February 18, 2017 at Pinecrest Village of Mackinaw City at the age of 98. Margaret Elsa VanHouten was born on December 28, 1918 in Portland, MI to the late Arlo and Marian VanHouten. She graduated from Grand Ledge High School in 1936.

She was married to John Edward Kelly on April 6, 1940, who predeceased her on April 30, 1996. They spent most of their lives living in Grand Ledge, MI and moved to Buckley, MI in 1969. She is survived by their six children: Kathleen Kelly (John Hurd) of Petoskey; Patricia Boersma (James) of Saginaw; Lawrence Kelly of Traverse City; Thomas Kelly of Traverse City; David Kelly (Vickie) of Oregon; and Lynne Kelly-Morgan of Buckley, MI. She leaves 15 grandchildren, 23 great grandchildren, and 5 great, great grandchildren. She is predeceased in death by one grandson, David Eyde; one son-in-law, Daniel Morgan; two sisters Marlene Watzel and Elaine Imai; and one brother Kenneth VanHouten. She leaves behind many nieces, nephews, cousins, friends, several granddogs, and her extended "family" at Pinecrest Village.

Margaret worked at many different occupations during her lifetime. She was an accomplished seamstress and pianist. She also worked in the medical/clerical field. After retiring from this line of work, she pursued her passion of china painting and water colors. She was still painting pictures on plates and mugs until a month before she passed.

Visitation will take place on Thursday, February 23 between 5-7 PM at the Covell Funeral Home, 200 N. Brownson Ave., Kingsley, MI. The funeral will take place on Friday, February 24, 11:00 AM at The Buckley Wayside Chapel, 214 N. 1st, Buckley, MI. Friends are welcome to visit with the family from 10:00 AM on Friday at the Church until the time of the funeral. In lieu of flowers, friends and family might consider making a donation to Pinecrest Village at Mackinaw City in Memory of Margaret Kelly, 450 S. Nicolet St., Mackinaw City, MI 49701.

Those wishing to express a memory to be shared with the family may post online at Covellfuneralhomes.com. Arrangements have been entrusted to Covell Funeral Home of Kingsley.

In Memory Of Margaret E. Kelly