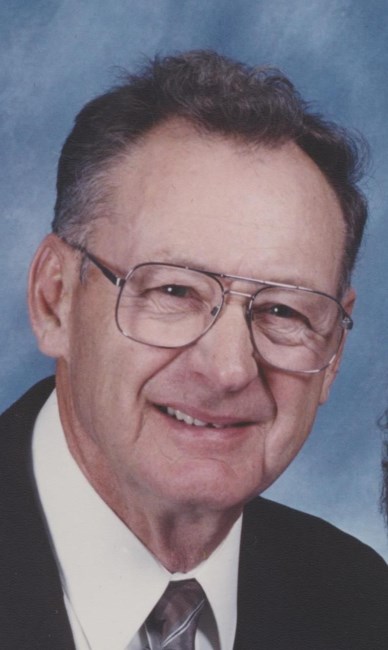 Willard Earnest Stein, age 90 of Kingsley, passed away on January 4, 2016 at the Grand Traverse Pavilions, with his family at his side. Willard (Bill) was born on December 18, 1925 in Jackson, Michigan to Joseph and Crystal Stein, later moving to the Buckley area.

Bill was a WWII veteran, serving in Japan and Korea. He worked at Sheffer Collet for over 40 years. Bill was an avid outdoorsman, enjoying hunting, fishing and camping. He mostly treasured spending time with his grandchildren and great-grandchildren.

A funeral service will be held on Thursday, January 7, 2016; 11am with visitation one hour prior to the service at the Kingsley Baptist Church. Burial will take place in the spring at Evergreen Cemetery.

Memorial contributions made in Bill’s name may be directed to the Kingsley Baptist Church.

In Memory Of Willard "Bill" Stein