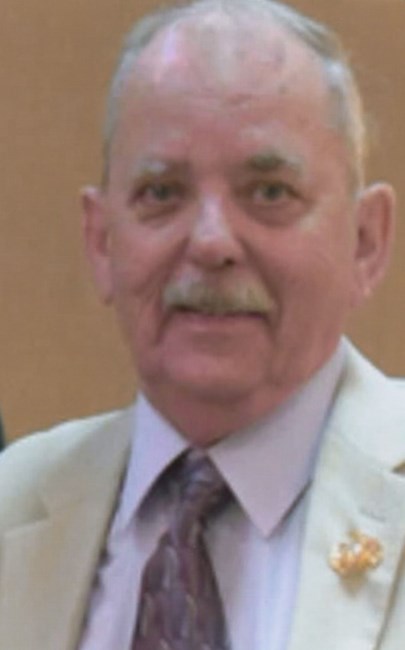 Donald “Don” Gonce, 81, of Kingsport, went to be with the Lord peacefully on Sunday, May 8, 2022 at Holston Valley Medical Center after a brave battle with a lengthy illness. He was surrounded by the family that he dearly loved. Don proudly served his country in the United States Marine Corps from 1961-64 and he proudly displayed the Marine logo everywhere he went. He loved and served God, and was one of four founding families of Indian Springs Christian Church – where his hands helped lay the foundation – and which stands today for a community to assemble for worship and a beacon to draw others to Christ. His faith was immeasurable. Don was a pillar in the community and sought to give back – he founded the Indian Springs Optimist Club in 1988, serving as either President or Treasurer every year until his death, and where over 3 decades served more than 20,000 youth from across the region through its many programs. Don loved the kids and the kids loved him. For over 50 years, Don served as a TSSAA football referee and cherished his friendships with his fellow football officials and the coaches. He spoke until the end of the many football stories, and he cherished the games at Lynn Garden Youth Football Summer League and the Sullivan County Little League. He was inducted into the National Football Foundation Mountain Empire Hall of Fame in 2021. His service extended into membership into the Indian Springs Food Mission Center, Indian Springs Community Chest, American Legion, and the Marine Corp League. Above all, Don was a loving devoted husband for over 60 years to his wife Dee, and loving proud father to his sons Donnie and Mike. Don was born to the late Foister Brown (“Jack”) Gonce and Mary Bell (Wood) Gonce-Webb on September 30, 1940. He graduated from Blountville High School in 1959, then attended East Tennessee State University, before he enlisted in the United States Marines. After his honorable discharge in 1964, he was hired at Eastman Kodak (later becoming Eastman Chemical Company), where he was a loyal team member as Finance Director in Worldwide Engineering and retired after 35 years of dedicated service. During his time at Eastman, he returned to college, taking night classes, to earn his degree in. Along with his parents, Don was preceded in death by, and now reunited in the presence of Christ, his brothers, Lee Roy and Leonard Gonce; step-father, Curt Webb; father and mother-in-law Ralph and Toby Houser; and his beloved four-legged companion of 14 years, Molly. Survivors include his wife, Delores Gonce; sons, Don Jr. and Mike Gonce; brother, Dr. Joel Dwight Gonce and wife Sandra; brother-in-law, Steve Houser, sister-in-law, Gladys Gonce; nieces and nephews, Barbara Williams, Lorie Doran, Jana Gilliam, Joel Gonce; Elgin Gonce, along with several great nieces and nephews. The Gonce family wishes to extend its gratitude to Don’s care team and nursing staff on W3 at Holston Valley Medical Center, and a special appreciation to Linda Dibona and Kaylee at Home Instead, Cassidy and the rest of the girls, and Alan at Caris Hospice for the exceptional care and friendships. The family sends love to you all - your care given to Don will forever be remembered. The Gonce family will gather to share memories and meet friends on Thursday, May 12, 2022 in the Chapel of East Lawn Funeral Home from 4 pm – 7 pm. A Funeral Service will follow at 7 pm with Rev. Mike Beverly and Rev. Bill Christian officiating. Eulogy will be given by Mike Gonce, and music provided by Indian Springs Christian Church choir. Committal Service and Entombment will be Friday, May 13, 2022 in the Chapel of Mausoleum Two beginning at 1 pm. Pallbearers include Alan Pope, George Jordan, Brent Mullins, Tony Perez, Steve Houser, Joel Gonce, Alan Hobbs, and Mack Dawson. Honorary pallbearers will be Bill Anderson, Mac McCarthy, Elgin Gonce, Adrian Perez, Tracy Burton, Owen Wells, Mike Gragg, Mike Messamore, Fred Sams, members of Indian Springs Optimist Club, and members of the TSSAA Region One Football Officials Association. The legacy of Don Gonce will stand for eternity. His impact on the community will never be forgotten, nor his hard work and selfless spirit. He will forever be known as a loving husband, father, friend, community servant, and patriot. Don once said “if we can change just one life for the better, it will all be worth it” – his life, his memory exceeds more than imaginable, and we are all blessed because if it. To further serve the community Don loved, donations can be made to Indian Springs Christian Church (5536 Kiowa St – Kingsport, TN 37664) or Indian Springs Optimist Club (273 Emory Church Rd – Kingsport, TN 37664).
See more See Less

In Memory Of Donald R Gonce